I swear June is everyone’s birthday month! Including my own 🙂 However, this cake was made for a fantastic senior manager on my team at work. I was lucky enough to have my friend Uli help me bake this cake! Uli is so much fun to bake with, and she always helps out SO much. After some googling and pinteresting, we ended up choosing this recipe. Any cake involving fresh fruit is always in the summer, and the strawberries at my grocery store have been looking beautiful lately 😀 The ingredients included: 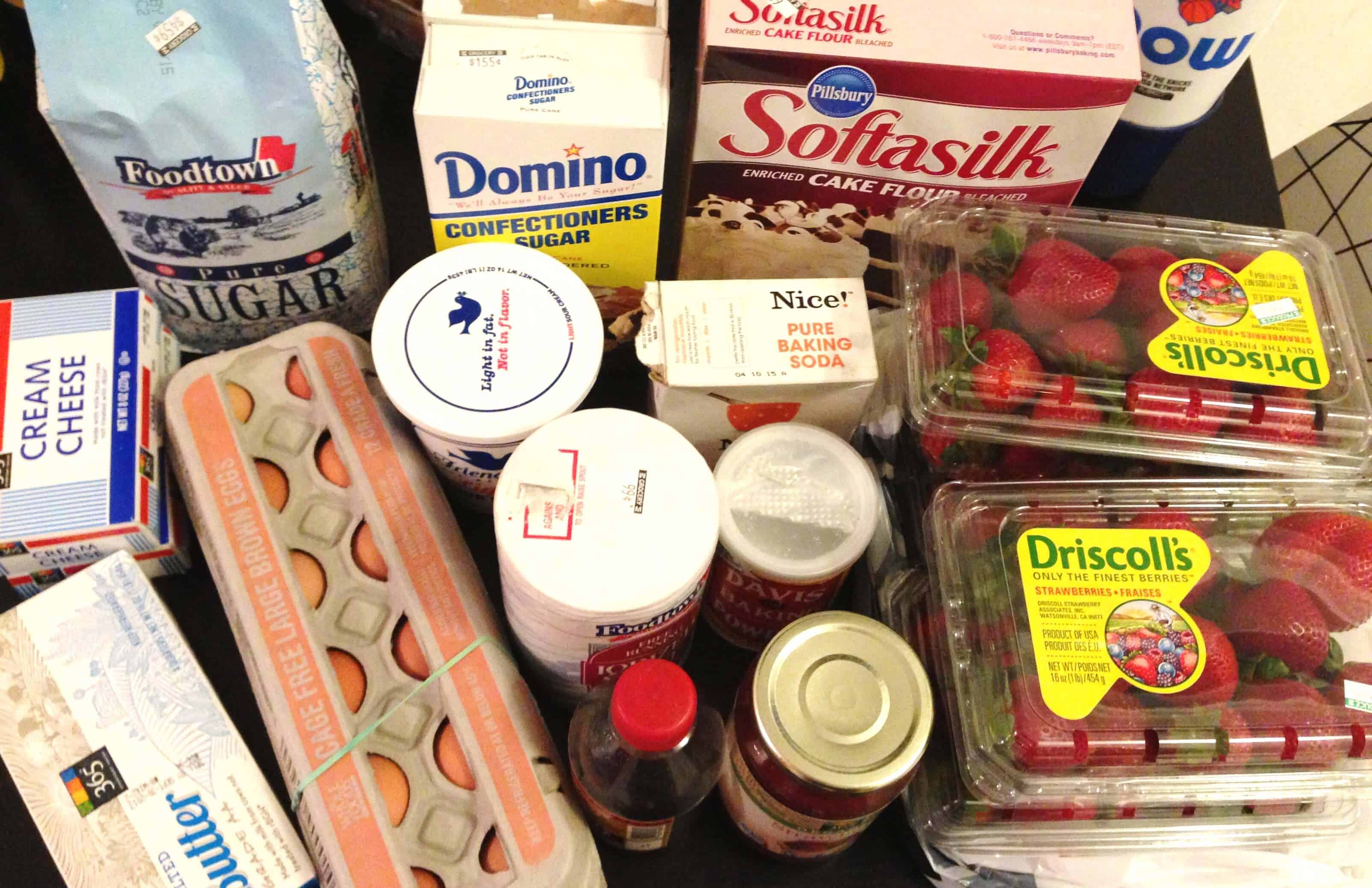 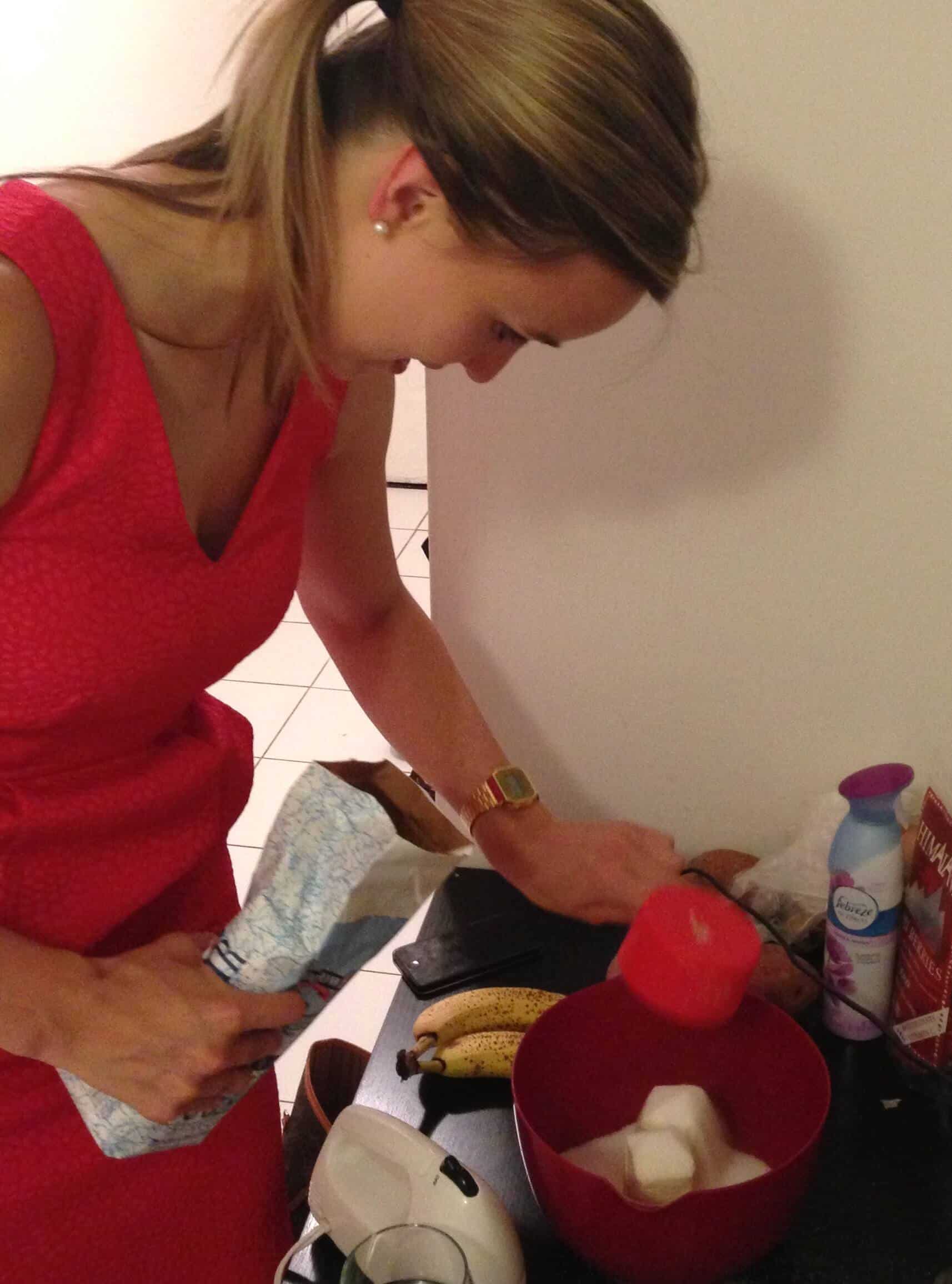 I began by preheating my oven to 325 degrees F, and putting a medium sized mixing bowl in the freezer.

I buttered and floured my two 9-inch cake pans with 2-inch high sides. (I chose to make four layers for this cake, so I baked the layers in two batches).

In a medium bowl, I whisked together the flour, salt, baking powder, and baking soda. In a separate large bowl, Uli creamed the butter and sugar together until the mixture was light and fluffy. SheI then added the eggs one at a time, beating after each addition.

Next we added the sour cream, 6 TBSP of strawberry jam, and vanilla, and beat until everything was just incorporated. We added the dry mixture in three installments, beating after each addition.

We then divided half the batter into my prepared pans, and baked until the edges were golden brown (about 35 minutes).

I let the cake cool in the pan for ten minutes before removing then onto a wire rack to cool completely. We then baked the remaining batter following the same steps. 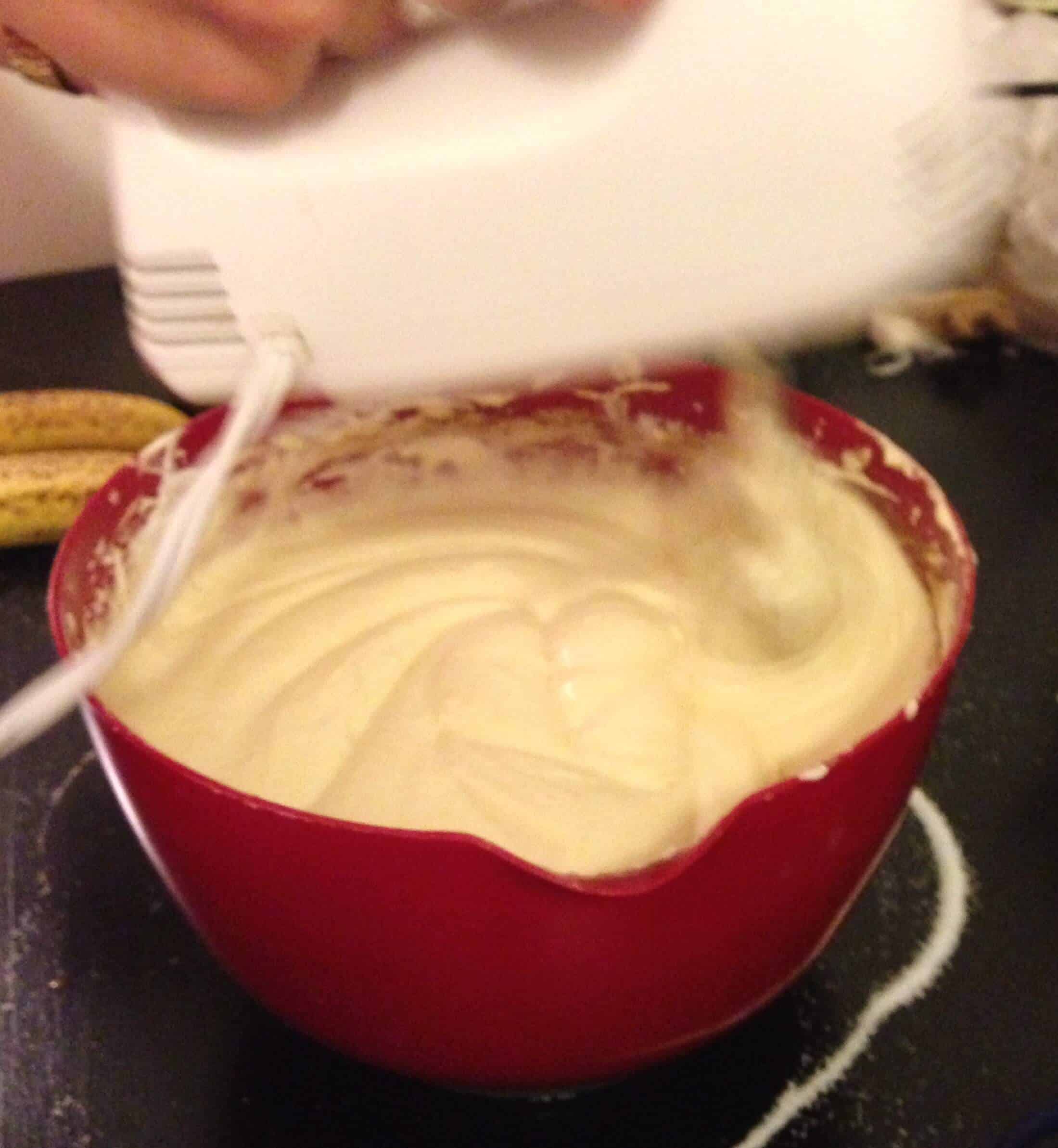 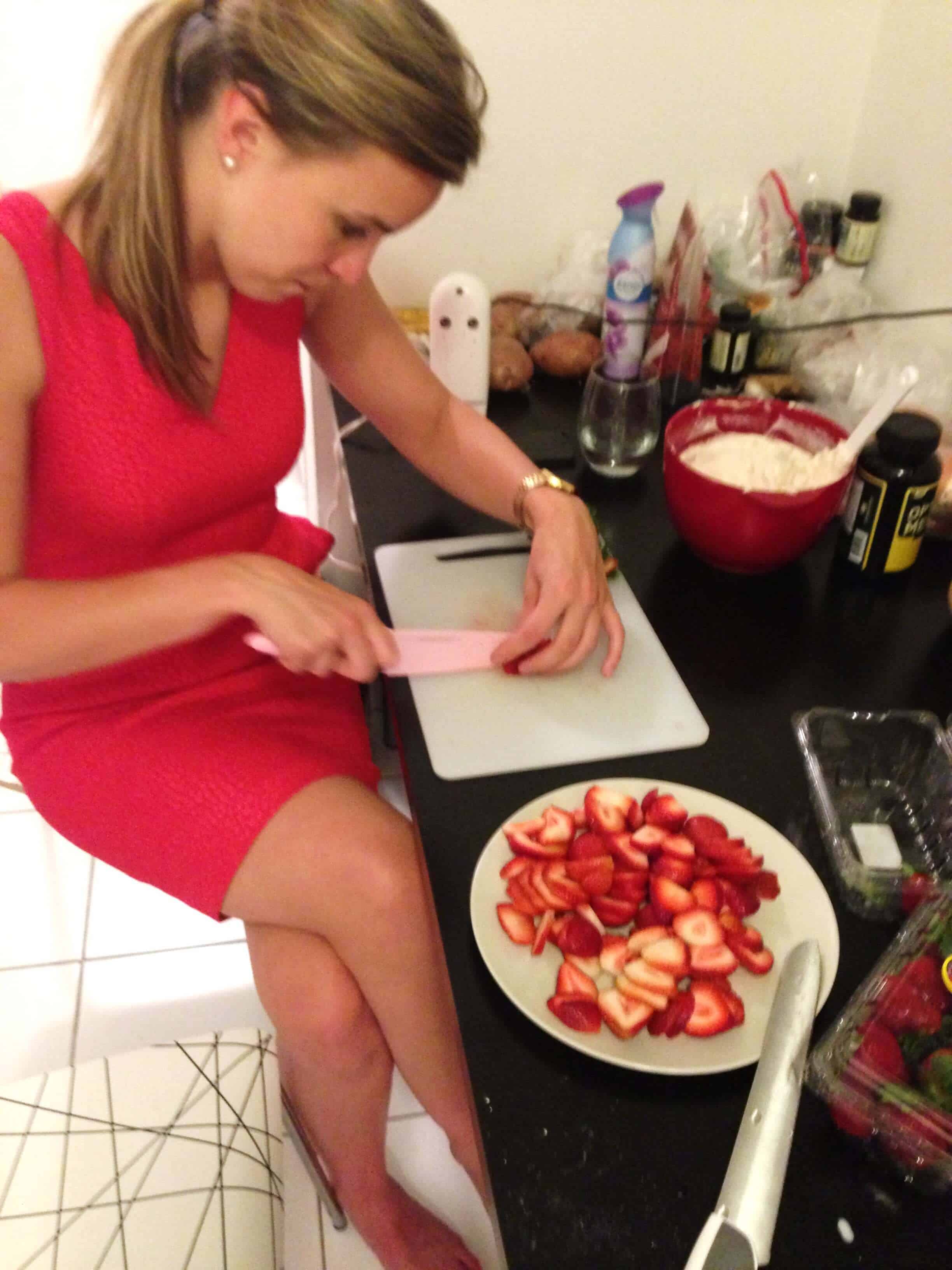 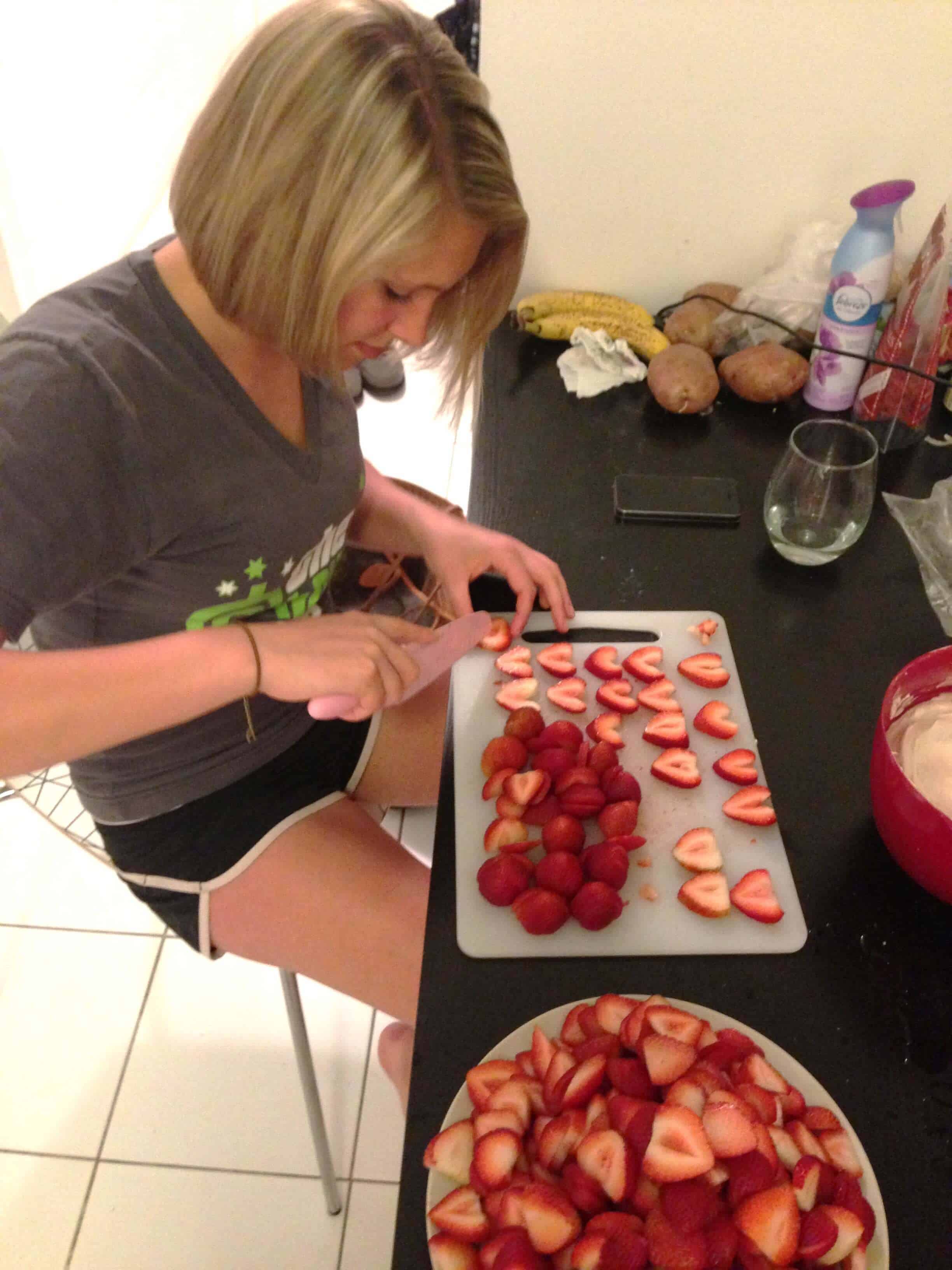 While the layers were baking, we made the frosting and prepped the strawberries. In a large mixing bowl, Uli beat the cream cheese and butter together until it was smooth. She then beat in sugar and jam.

Next I removed the chilled bowl from the freezer and beat cream until peaks form (the chilled bowl really speeds up this part). The last step was to fold the whipped cream into frosting. 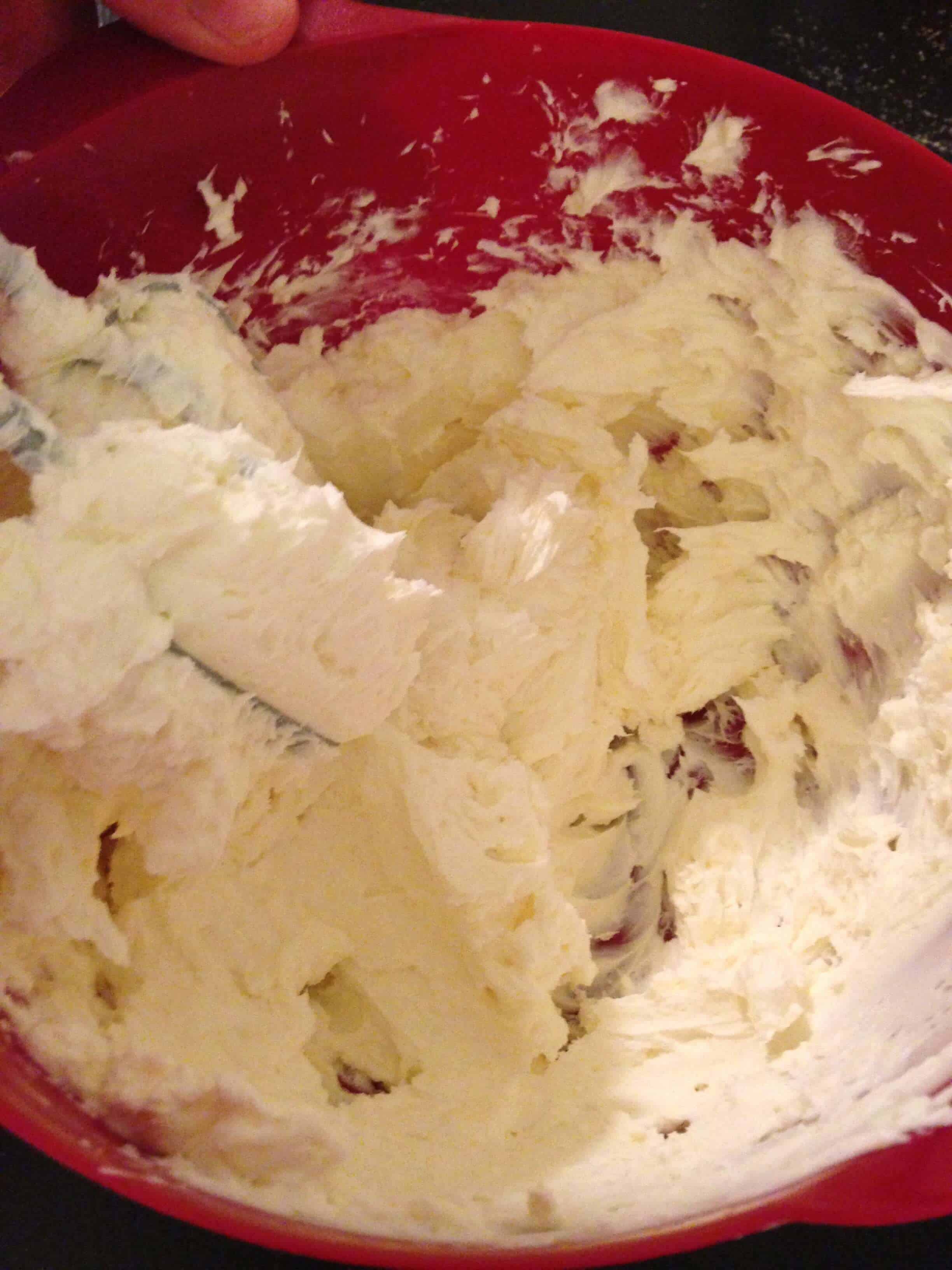 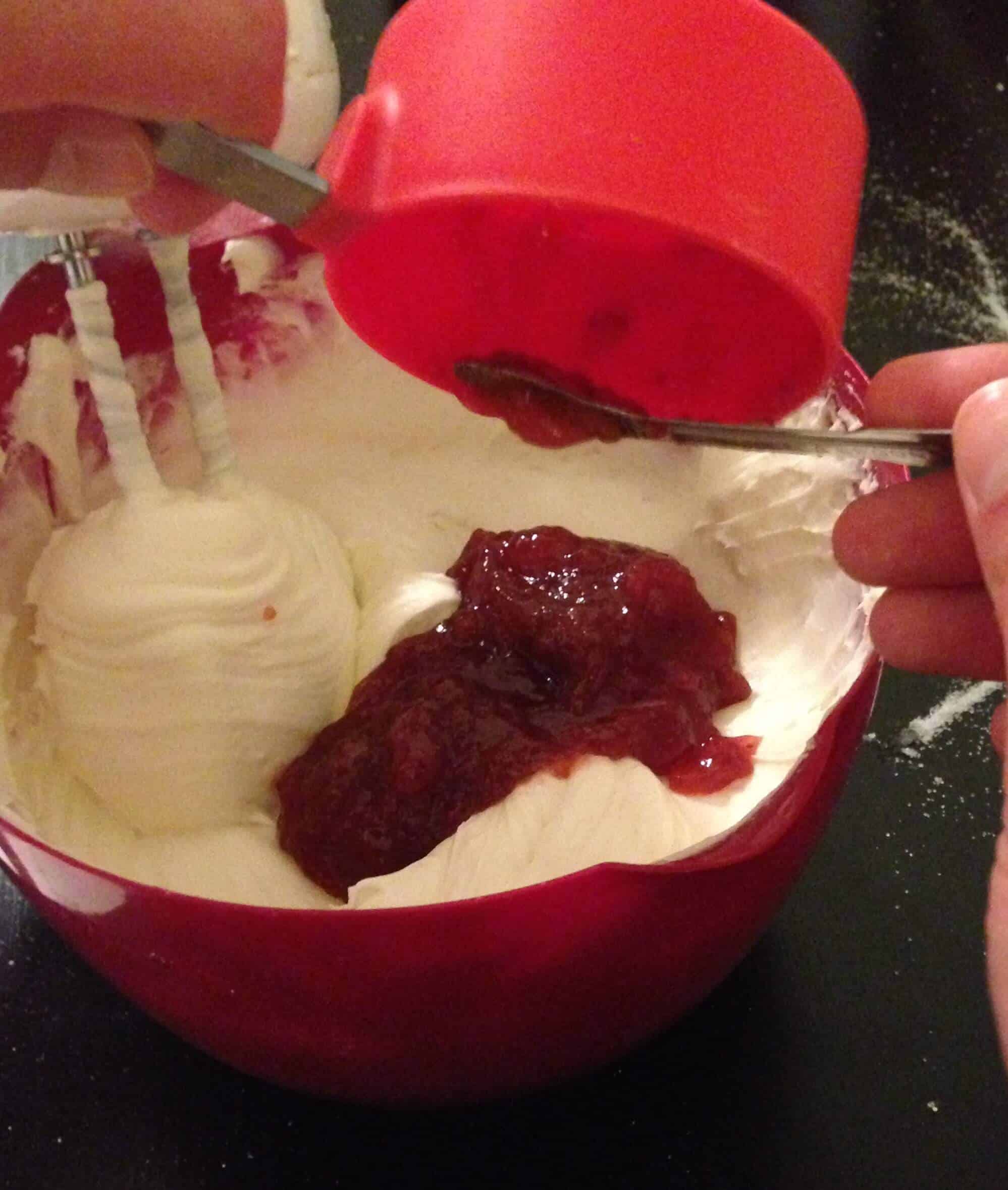 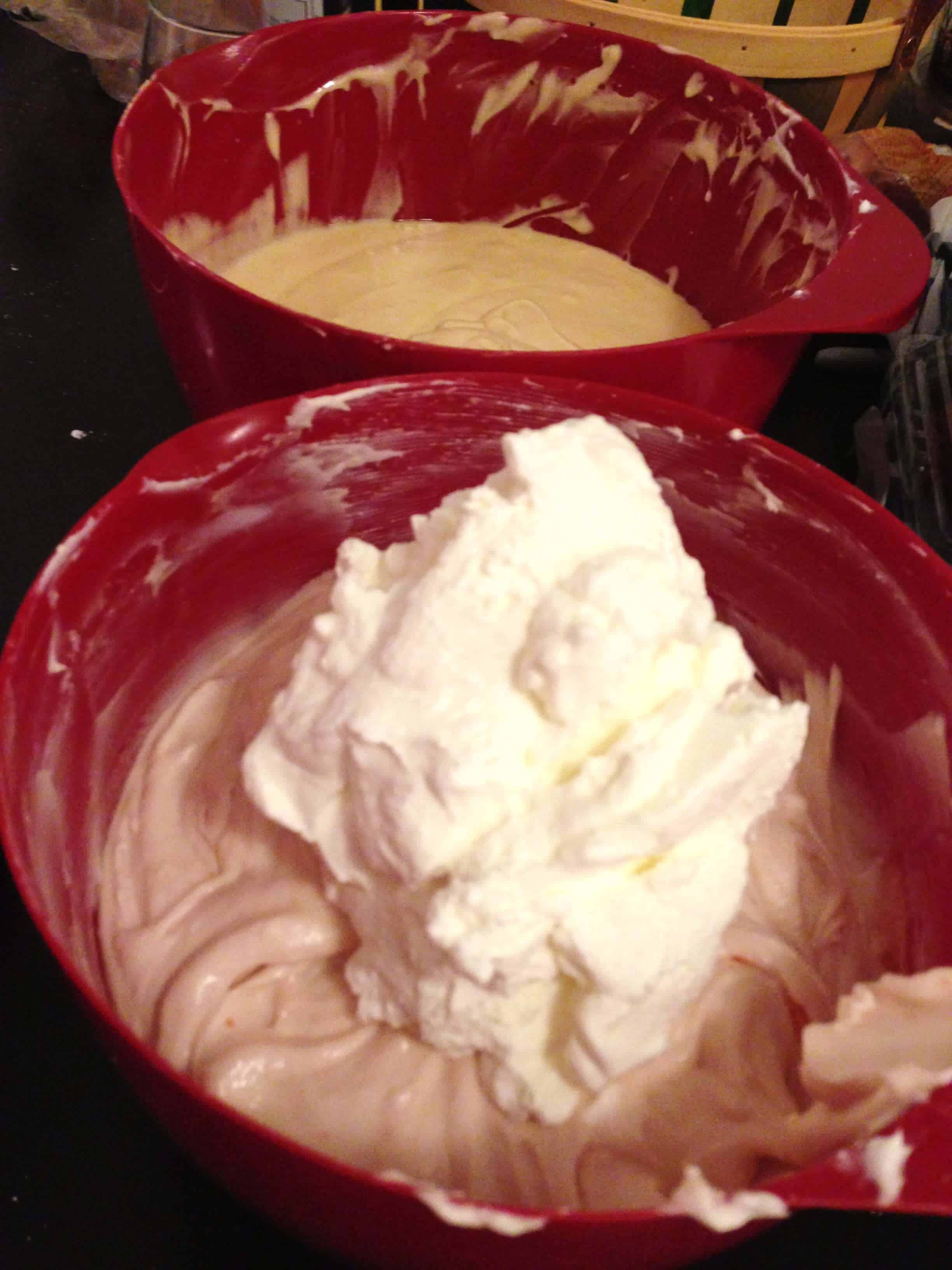 For the assembly, I spread frosting over the each layer, and over the top and sides of the cake in a thin layer.

I then spooned teaspoons of jam onto the top and sides of the cake, and swirled the jam into the frosting using the back of a spoon. 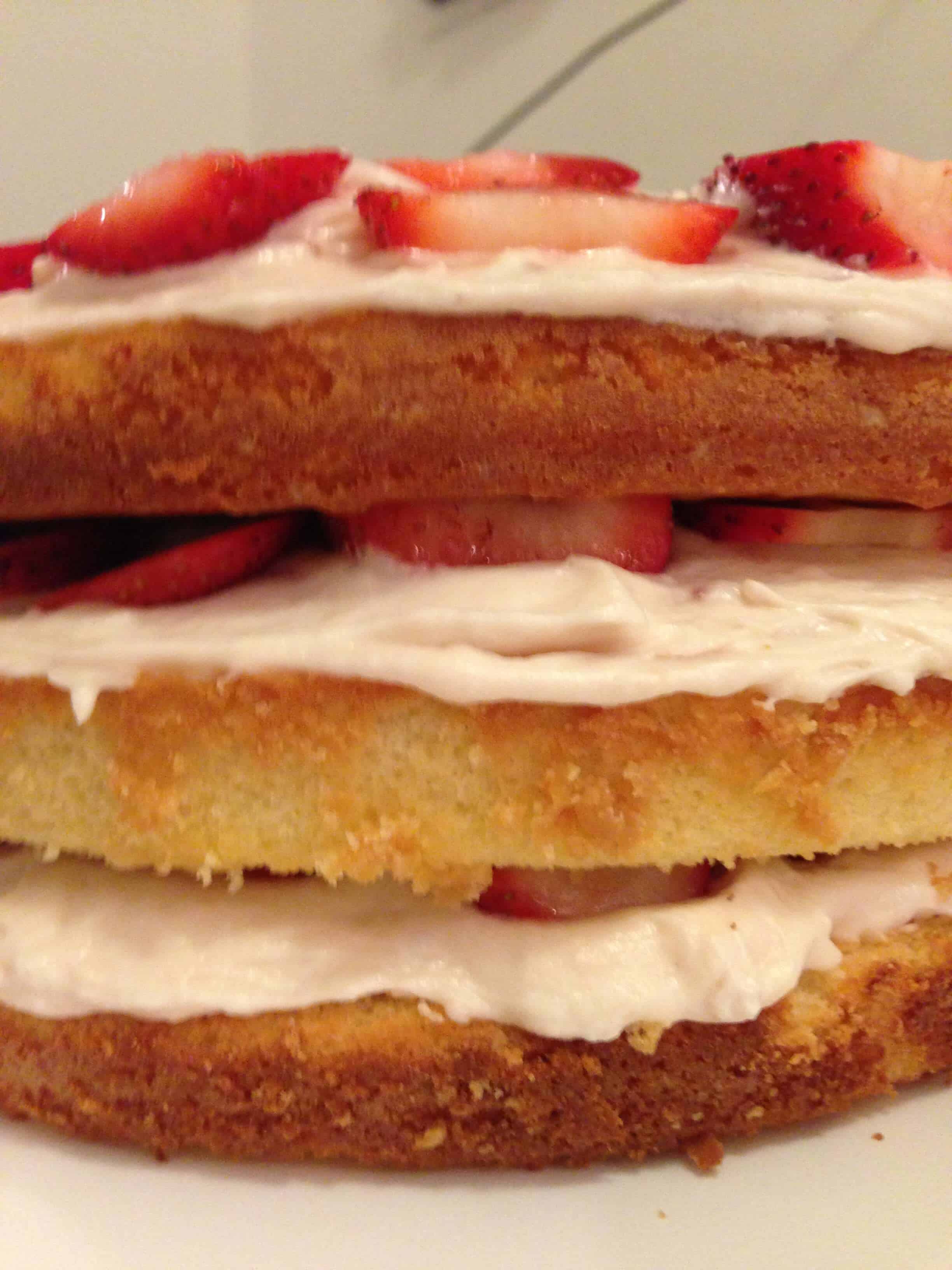 20 thoughts on “The BEST Strawberry Cake”