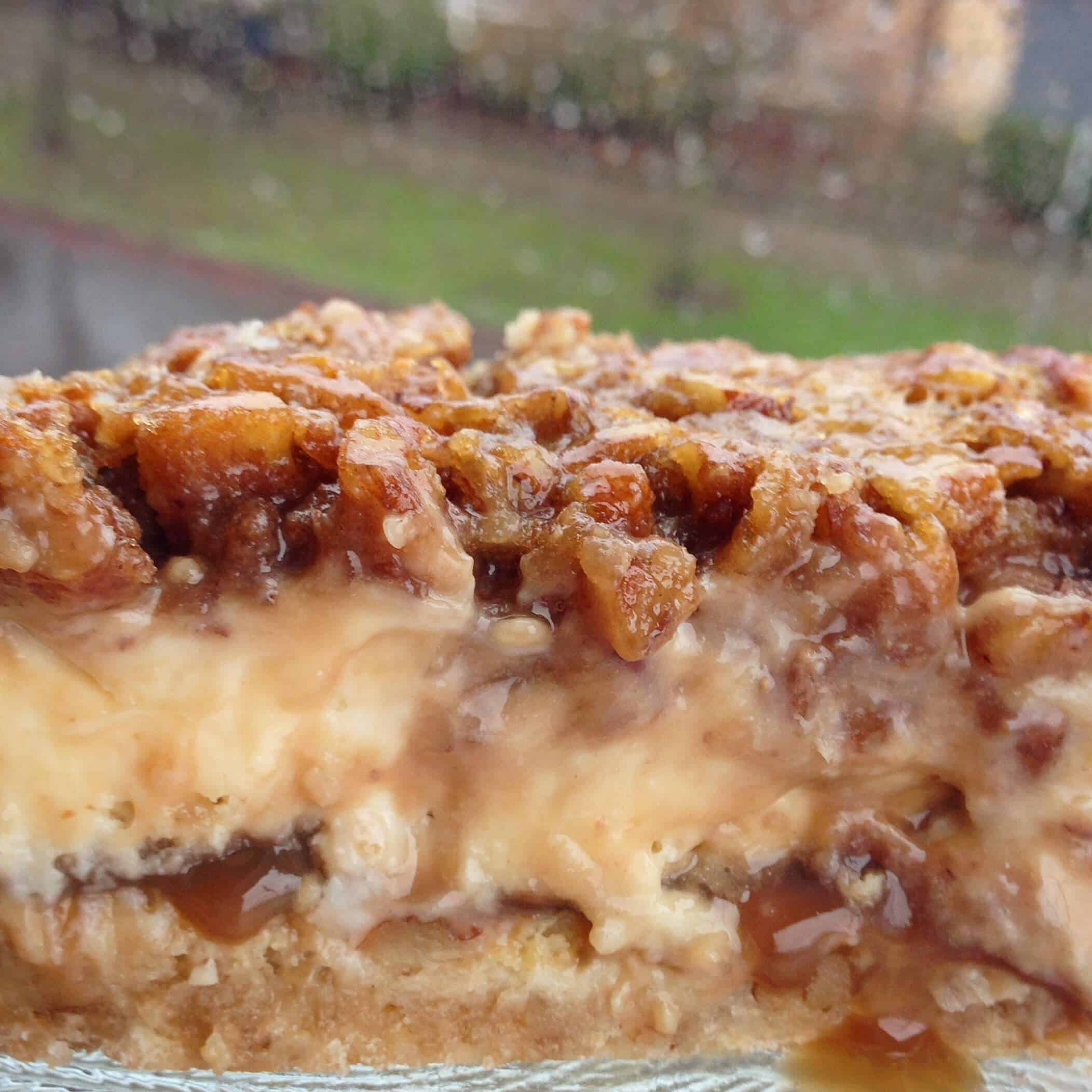 So I didn’t really stop after making those browned butter sweet potato cupcakes…I just kept on baking! I decided to also make these Pecan Pie Squares. They’re a bit messy, but in the best way possible. The recipe involves a few steps, but it’s easy as pie! Or in this case, easier than pie 😛
Shortbread Base:
Cheesecake Layer:
Pecan Pie Topping:

Preheat oven to 350. Begin by making the shortbread layer. In a medium bowl, combine flour and 3/4 cup brown sugar. Using a pastry blender, cut in butter until mixture resembles coarse crumbs. Stir in pecans. Press mixture evenly into bottom of a foil-lined 9×13″ baking pan. Bake for 7 minutes; remove from oven, and cool slightly, about 10 minutes.

While the base bakes, prepare the cream cheese layer. Place the cream cheese in the bowl of a stand mixer fitted with a paddle attachment, and beat at medium speed until smooth. Beat in sugar. Add sour cream and vanilla, and beat until combined. Pour the cream cheese mixture over the cooled shortbread layer. Bake for 25 minutes. Remove from oven and cool slightly, about 10 minutes. 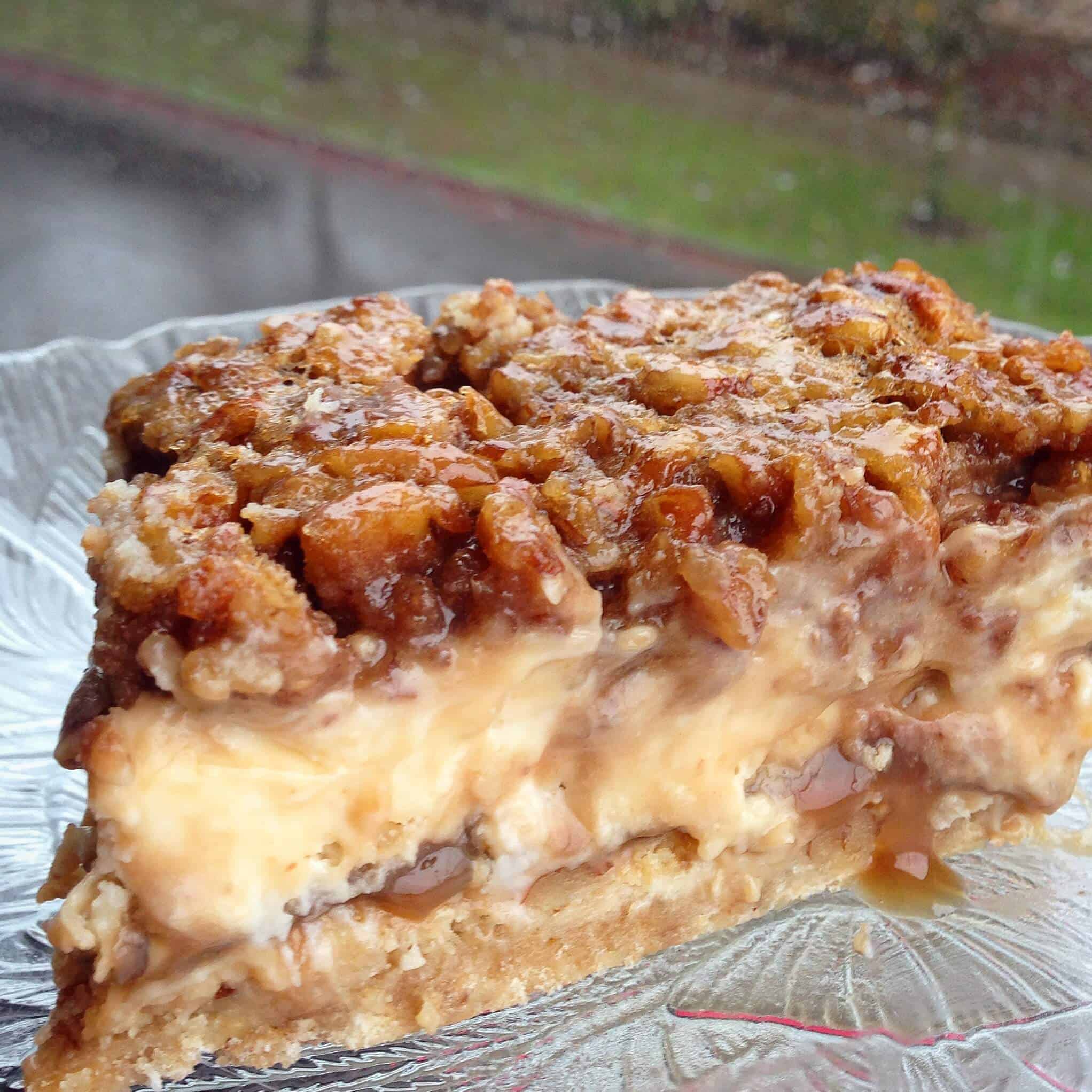