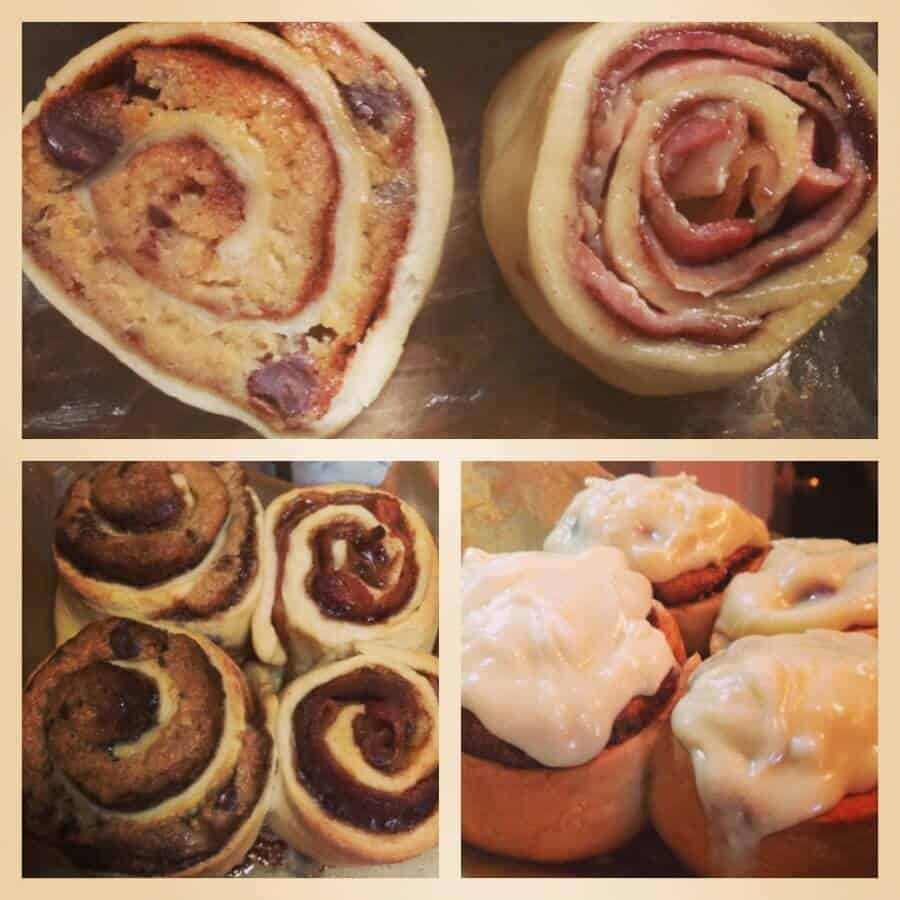 There’s nothing I love more on a Saturday morning than brunch. I think it’s one of my favorite things about the weekend. I’m a big fan of cinnamon rolls, and have seen a lot of tasty looking variations lately. I decided to try out two twists on the classic cinnamon roll – cookie dough cinnamon rolls, and bacon cinnamon rolls. I used the same dough and filling for both types, which is a Cinnabon copy cat recipe. It included:

cookie dough (I used my favorite recipe, and made it the night before) 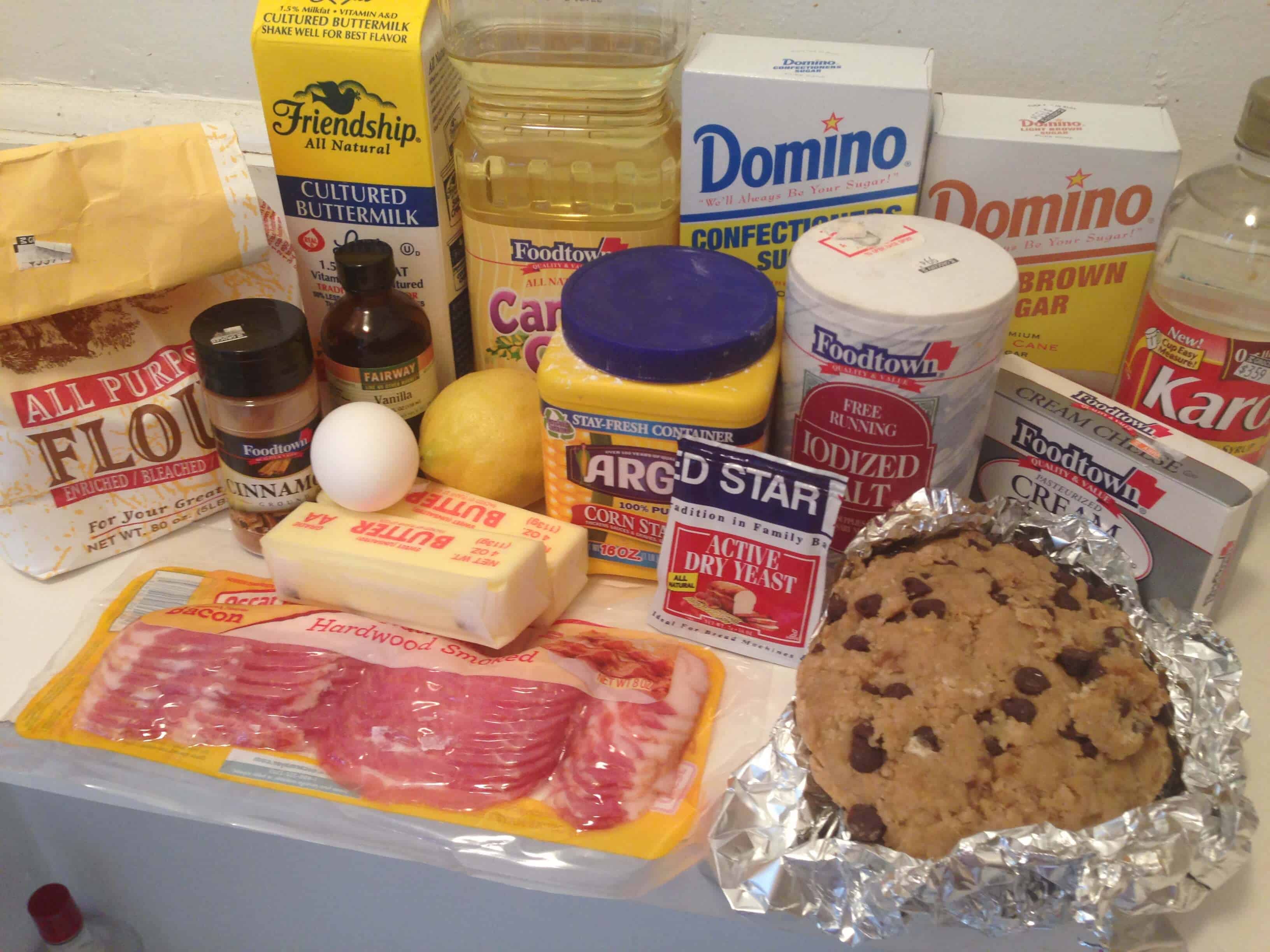 I was really excited about these cinnamon rolls, so I got up early (yes, I’m a morning person) and made the dough. In a large bowl, I poured the in water, yeast and 1 tablespoon of granulated sugar. I stirred this around and let it proof for about 5 minutes. Once mixture looked bubbly and frothy, I poured in the remaining sugar and salt. I mixed it at a low speed for about 15-20 seconds. In a separate bowl, I added the buttermilk, oil and egg. I whisked the ingredients together until the egg was incorporated with the other ingredients. I poured the contents into the water and yeast mixture, and stirred for another 20 seconds with my hand mixer. I then poured in 2 of the cups of flour and stirred on low until everything was incorporated. Then I sprinkled the rest of the flour in by 1/4 cup increments until the dough cleaned the sides and bottom of the bowl. The dough should be sticky but not sticky enough to stick to your hands when touched. 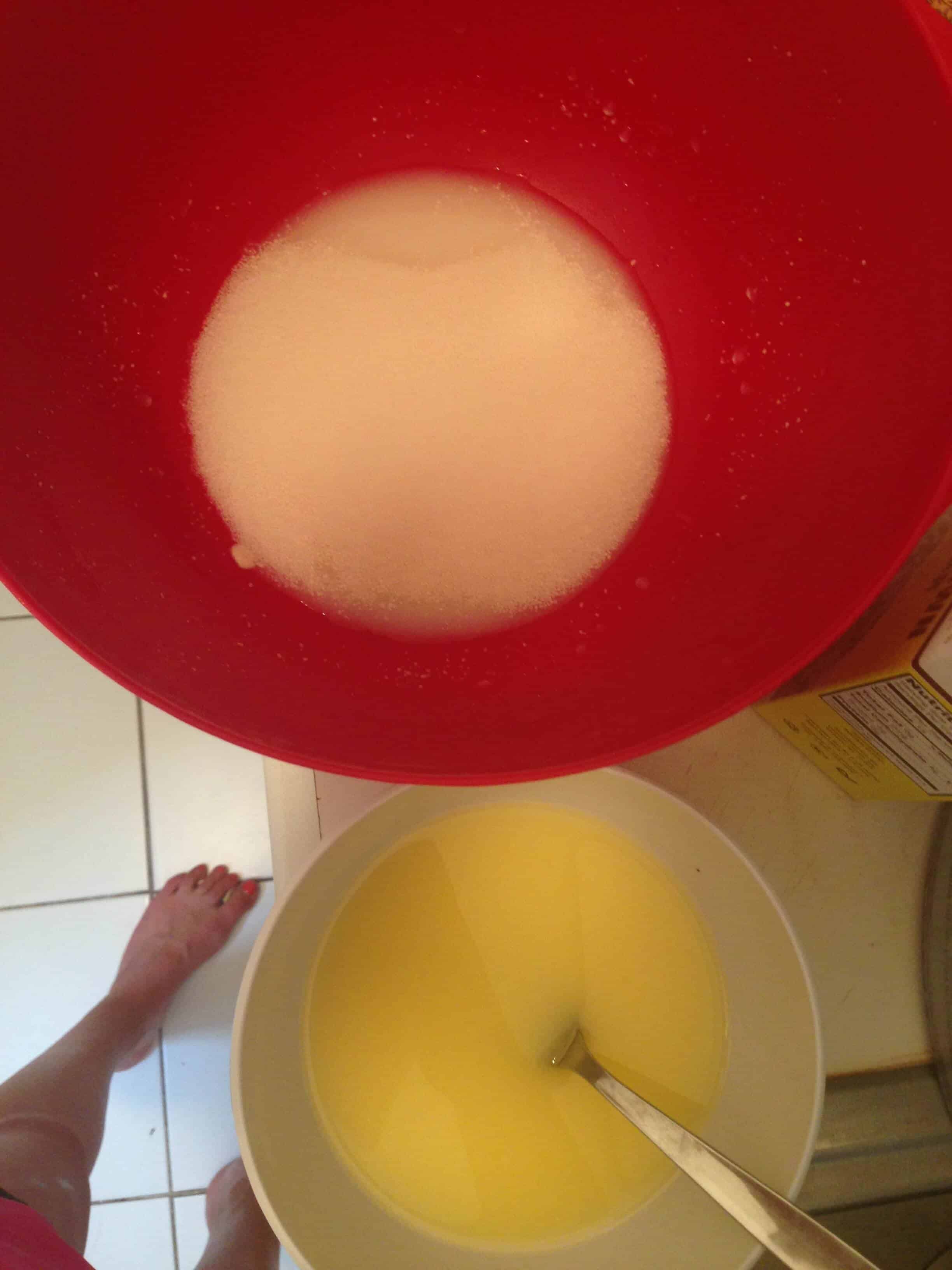 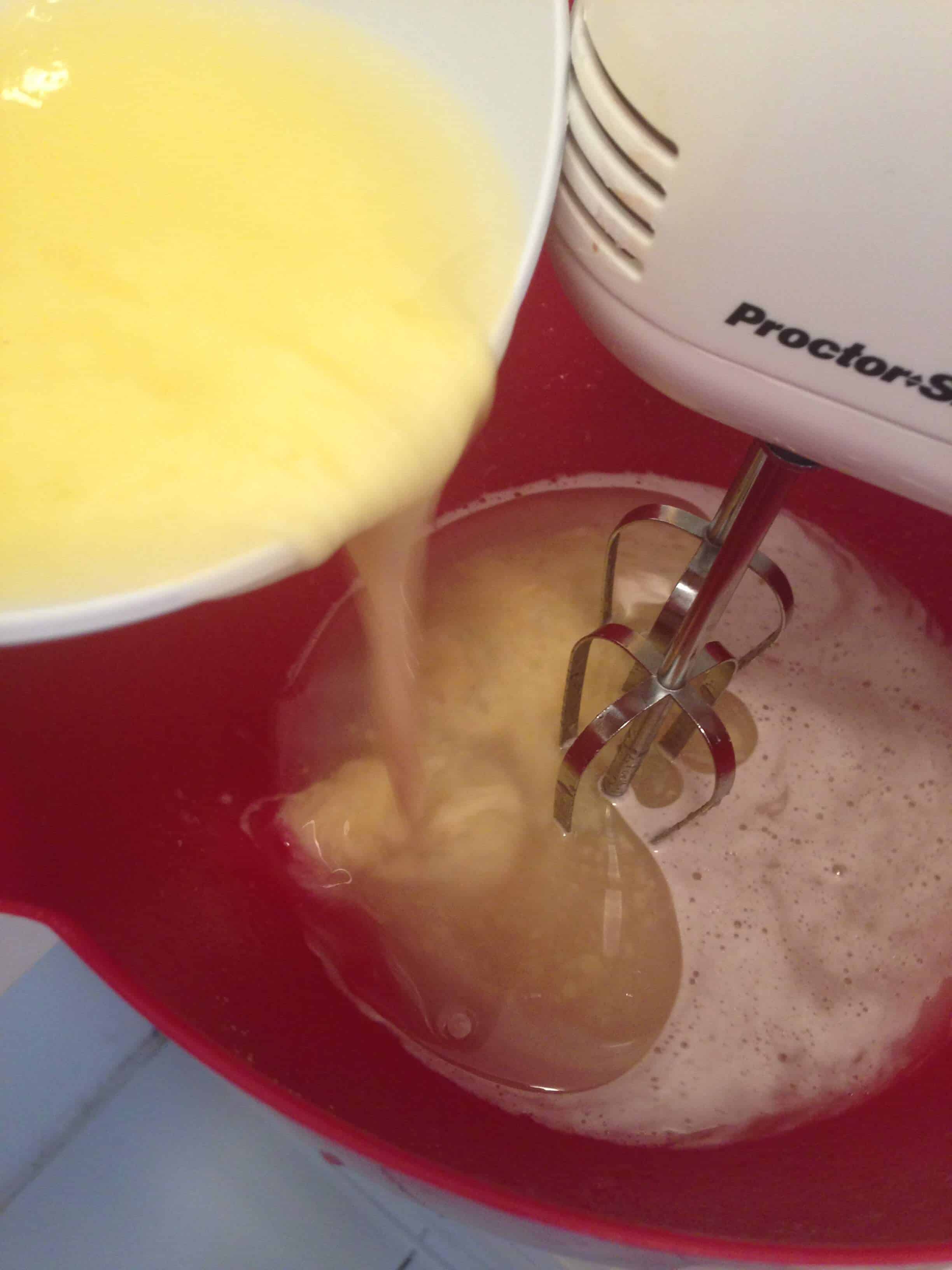 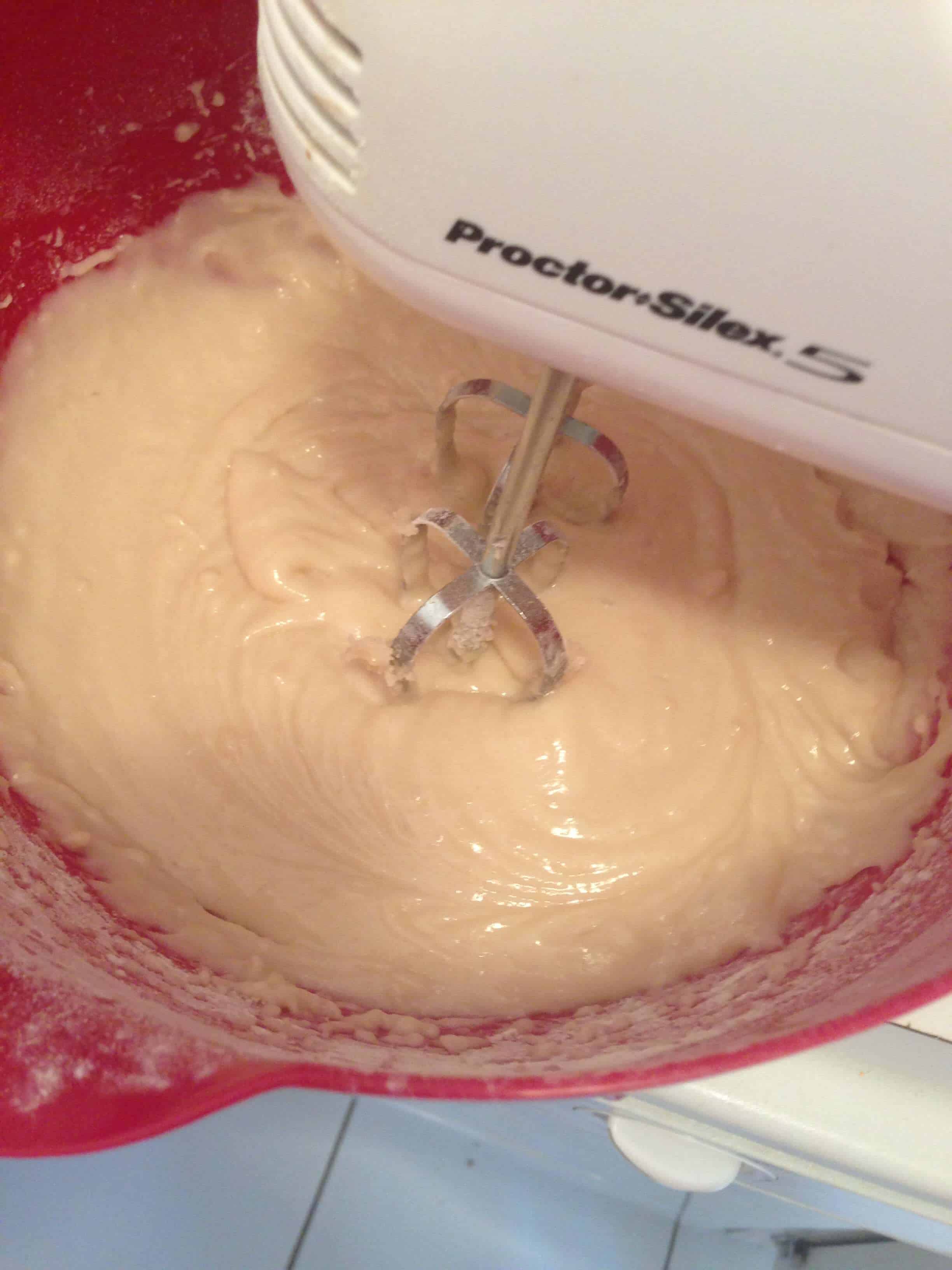 Once it had reached this stage, I kneaded the dough by hand on a lightly floured surface for about 10 minutes. I then greased the large bowl I had previously used and set the dough inside to proof. I covered it with plastic wrap and a dish towel, and let it rise for about 2 hours (until dough had doubled in size). 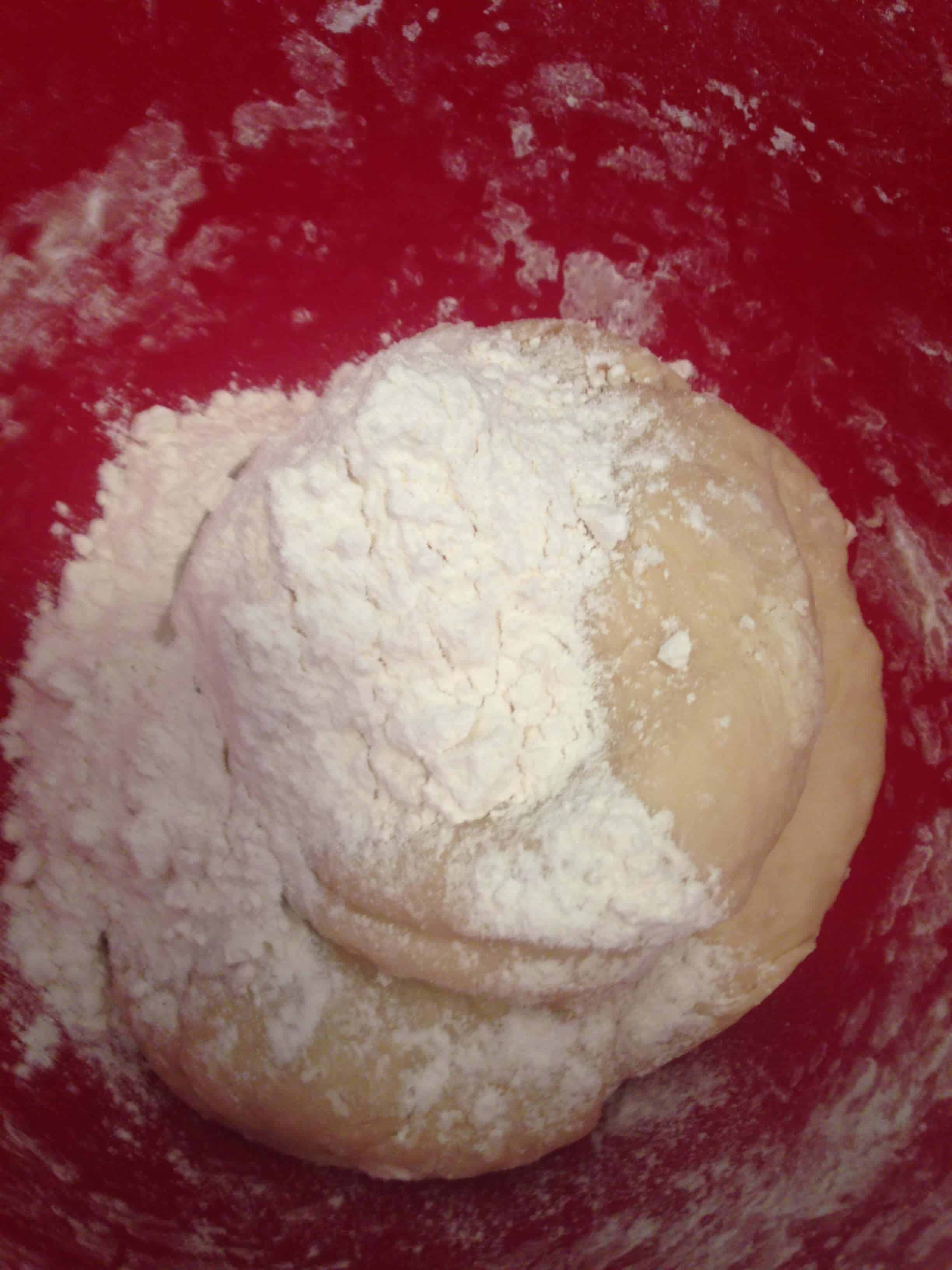 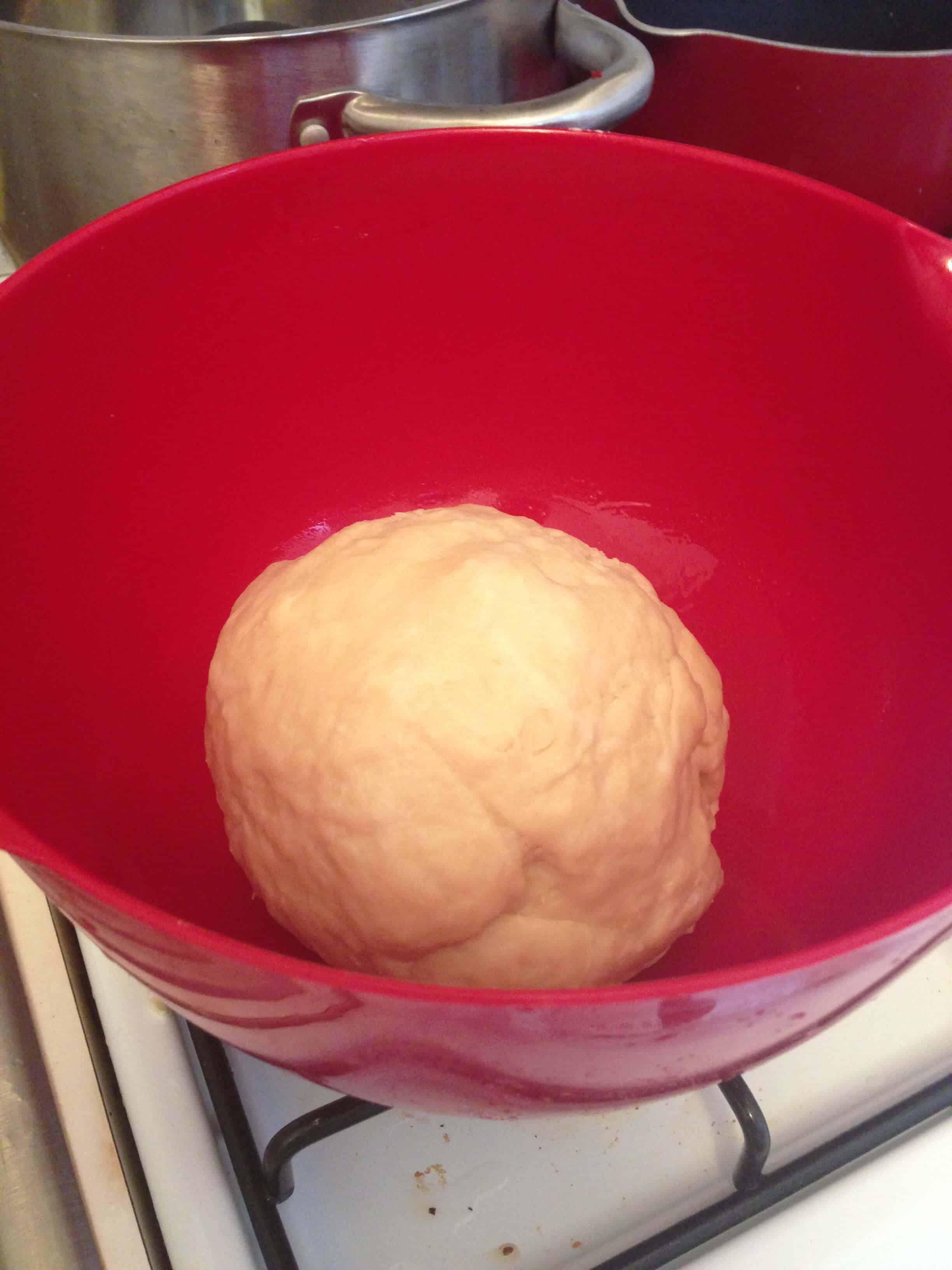 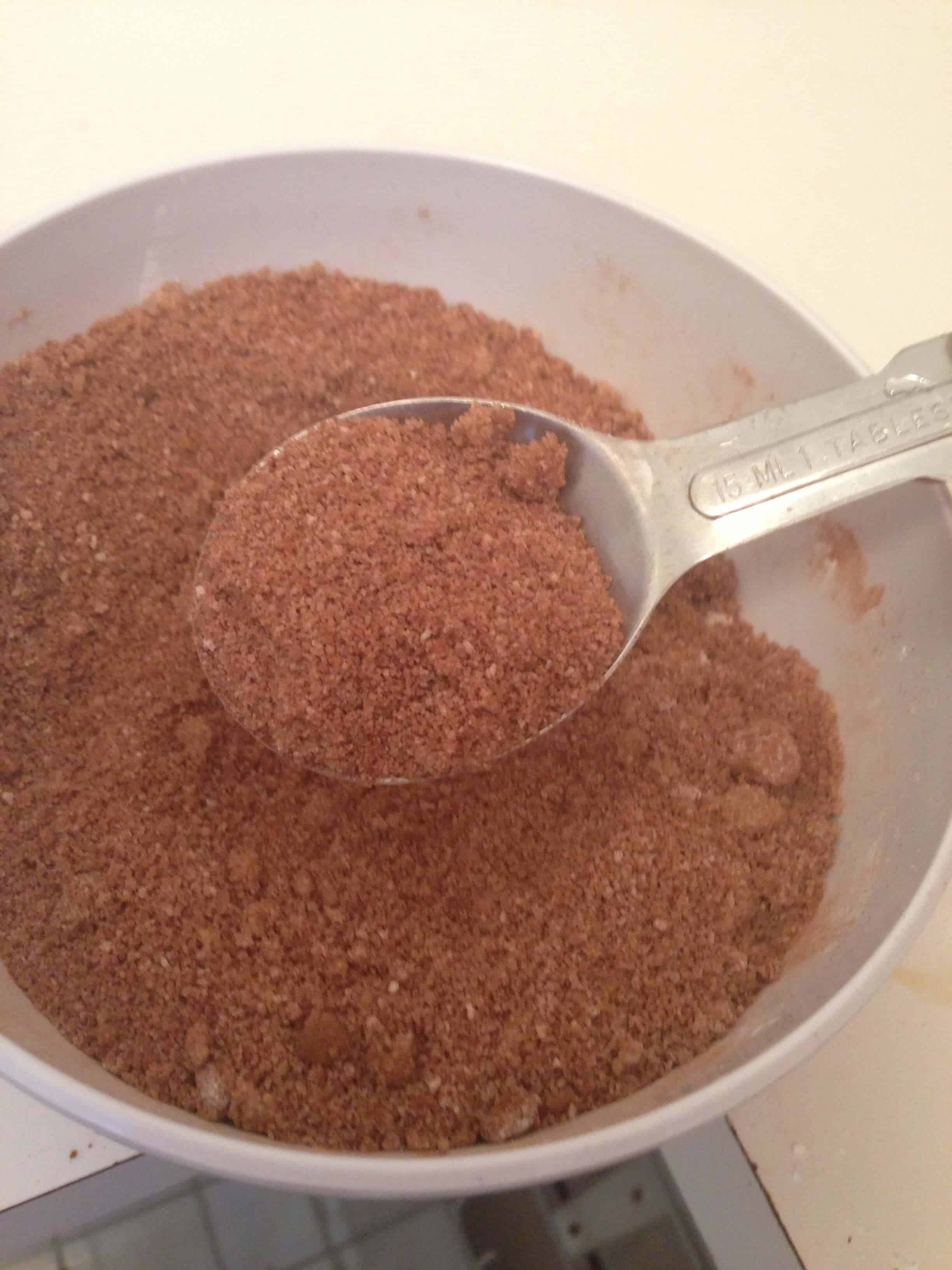 While the dough was proofing, I made the filling. In a medium size bowl,  I stirred together the brown sugar, cinnamon and cornstarch until combined.I floured my large cookie sheet liberally with flour, and lightly floured dough as well. I made a sample batch first, just big enough to make 4 cinnamon rolls. However, if you want to make all the cinnamon rolls at once, roll the dough out into a 20×30 rectangle while moving dough around to ensure it’s not sticking to the surface. If it’s a little short or uneven, you can always cut off the edges to even it out. I then spread softened butter over the dough, leaving a 1-inch strip untouched on one of the longer sides of dough. 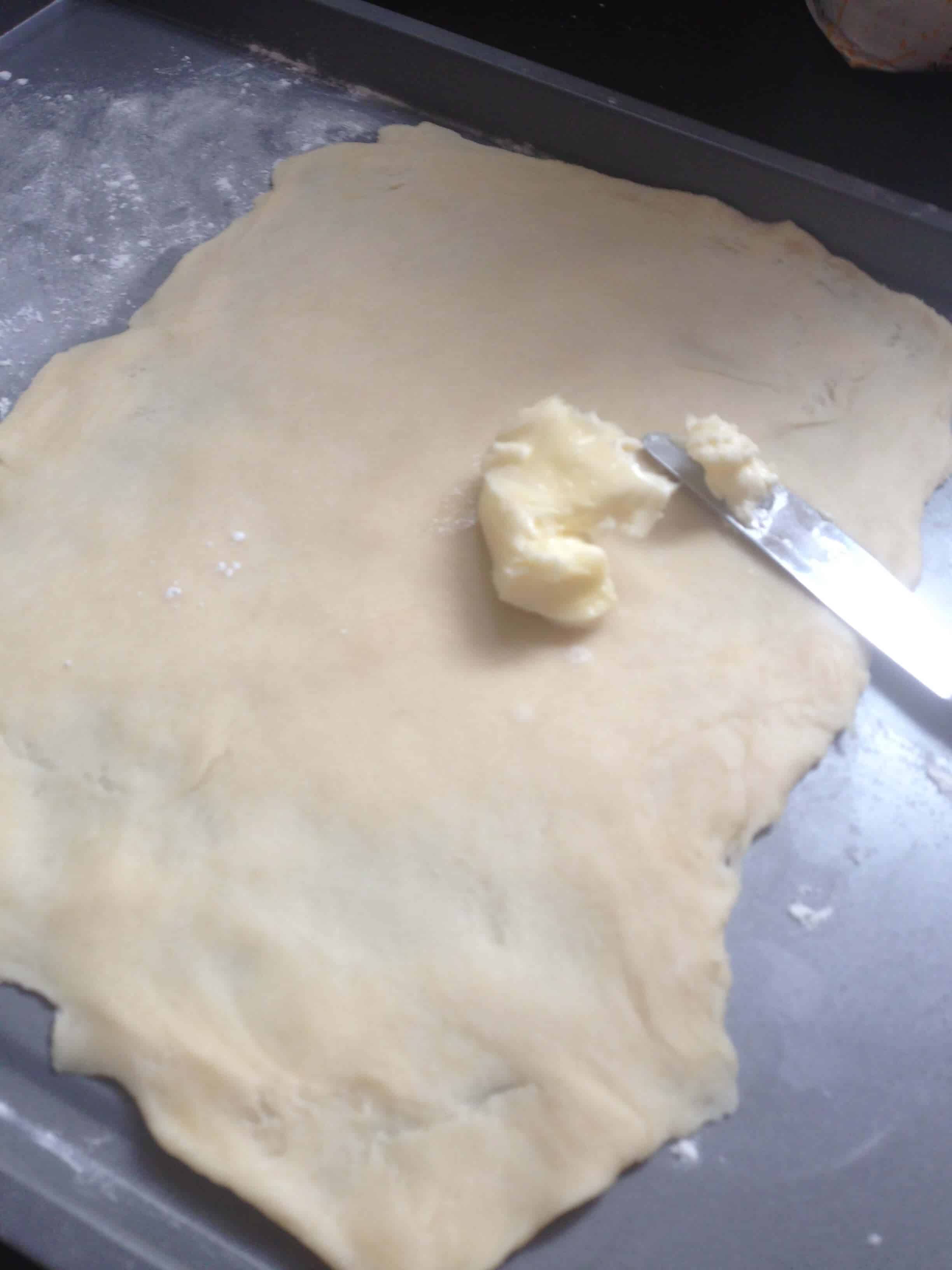 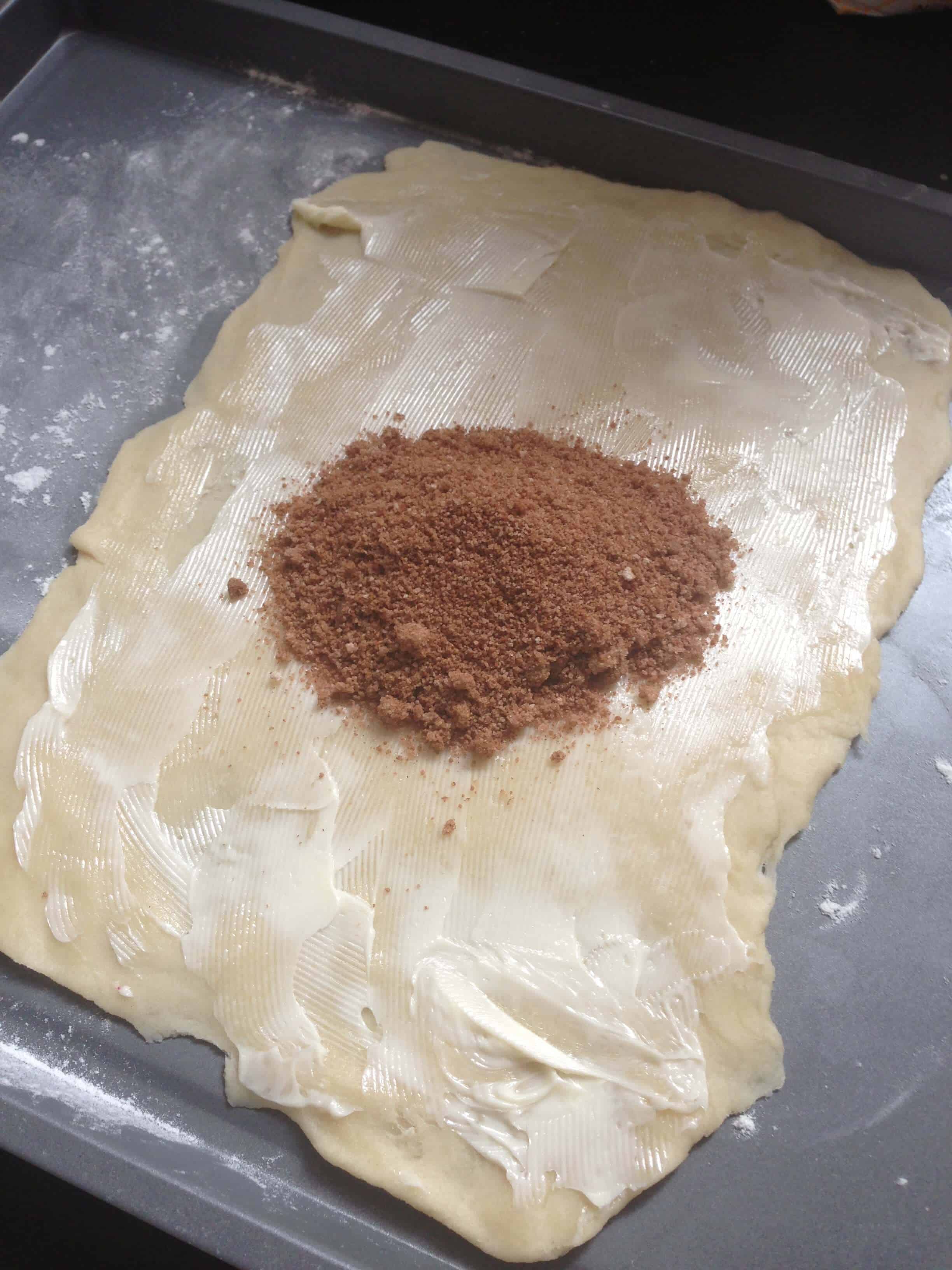 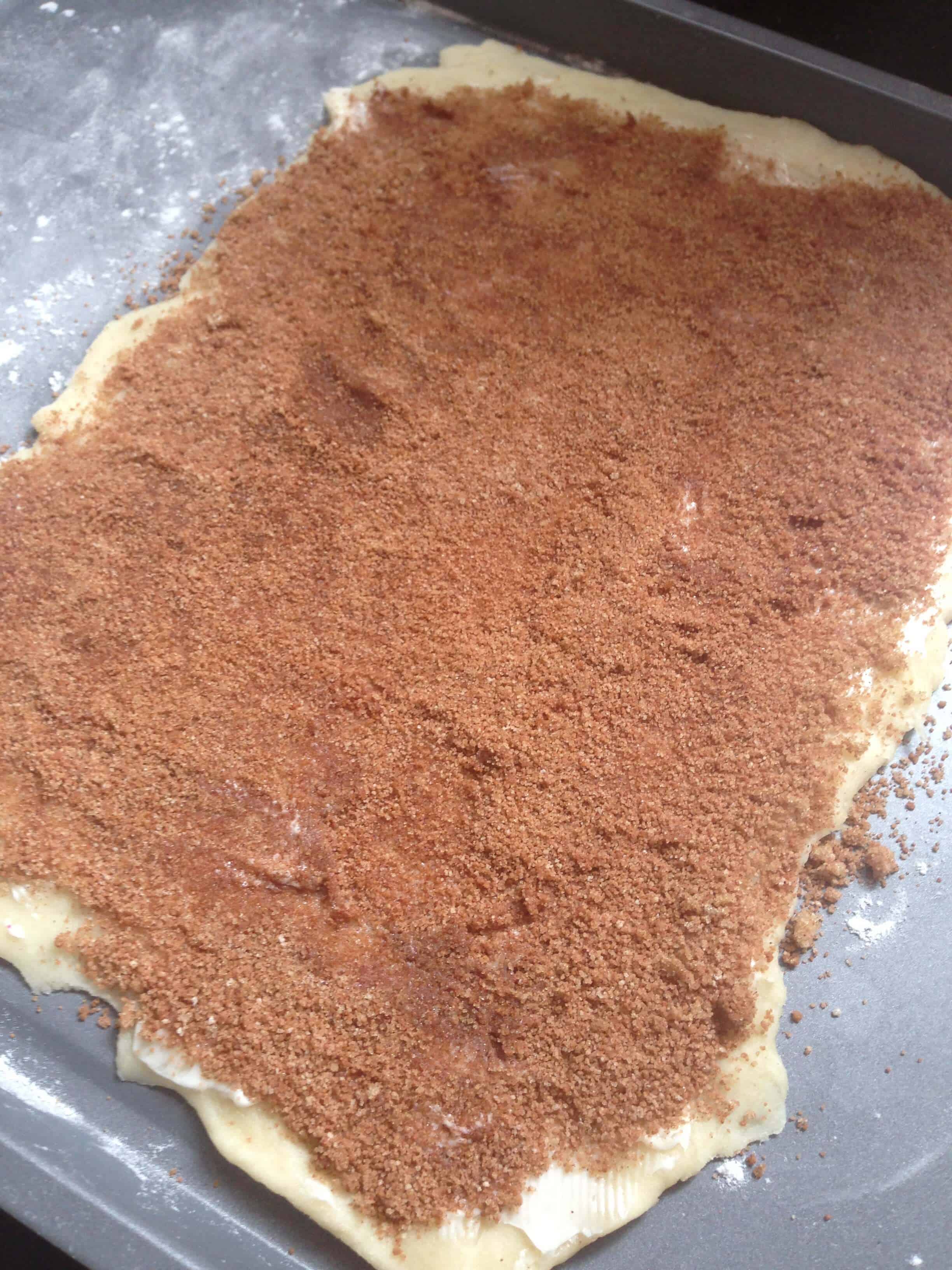 I dumped the brown sugar mixture onto the middle of the dough and spread it out with my hands, creating an even layer over top of the butter, still leaving a 1-inch strip of dough untouched. I lightly pressed the sugar mixture into the butter using a rolling pin, and then added the bacon and cookie dough. I cooked the bacon for 2-3 minutes, so that it was partially cooked but still pliable. I rolled out the cookie dough into a very thin rectangle (1/4 inch thick), and placed it on top of the cinnamon sugar. 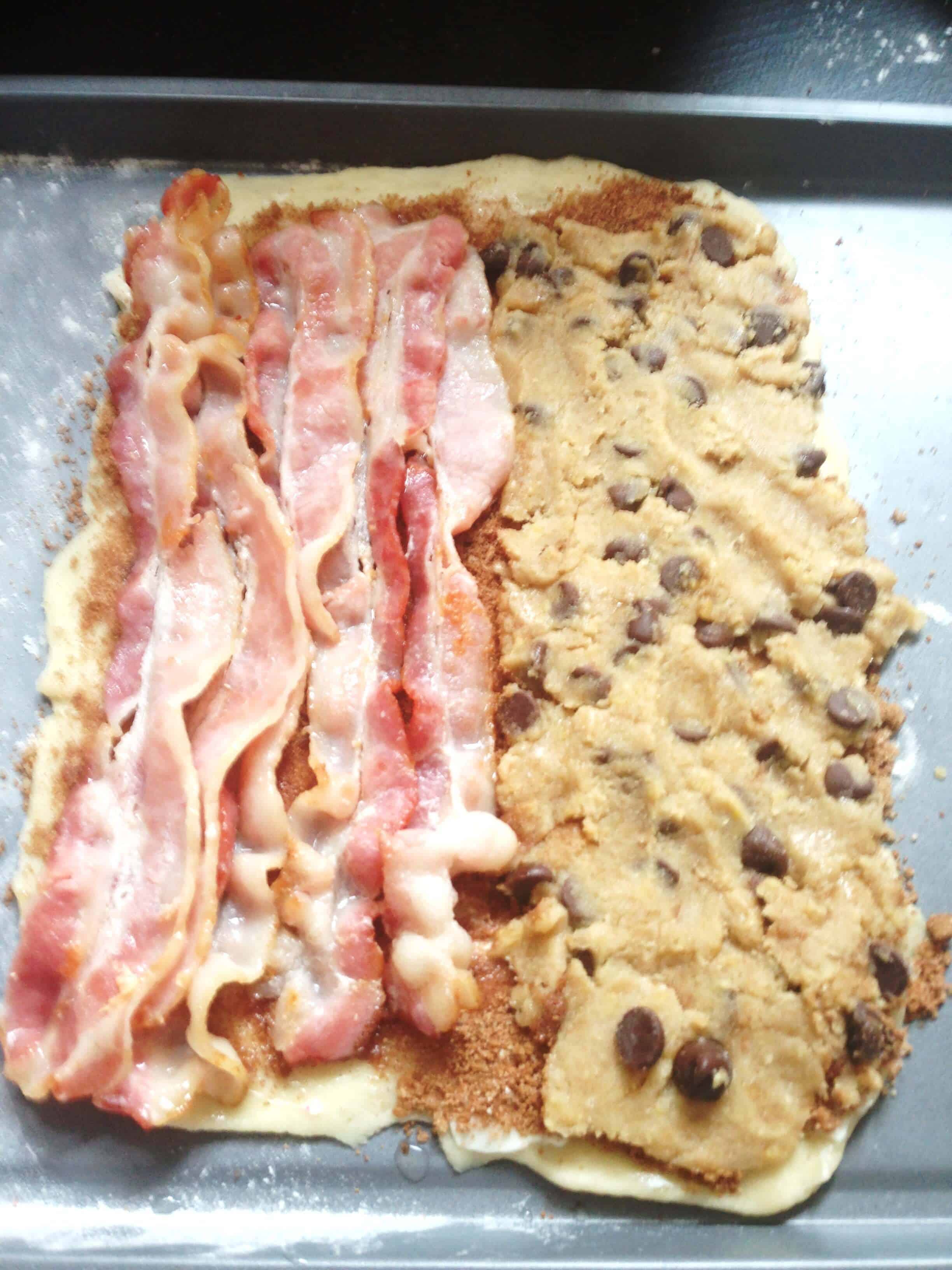 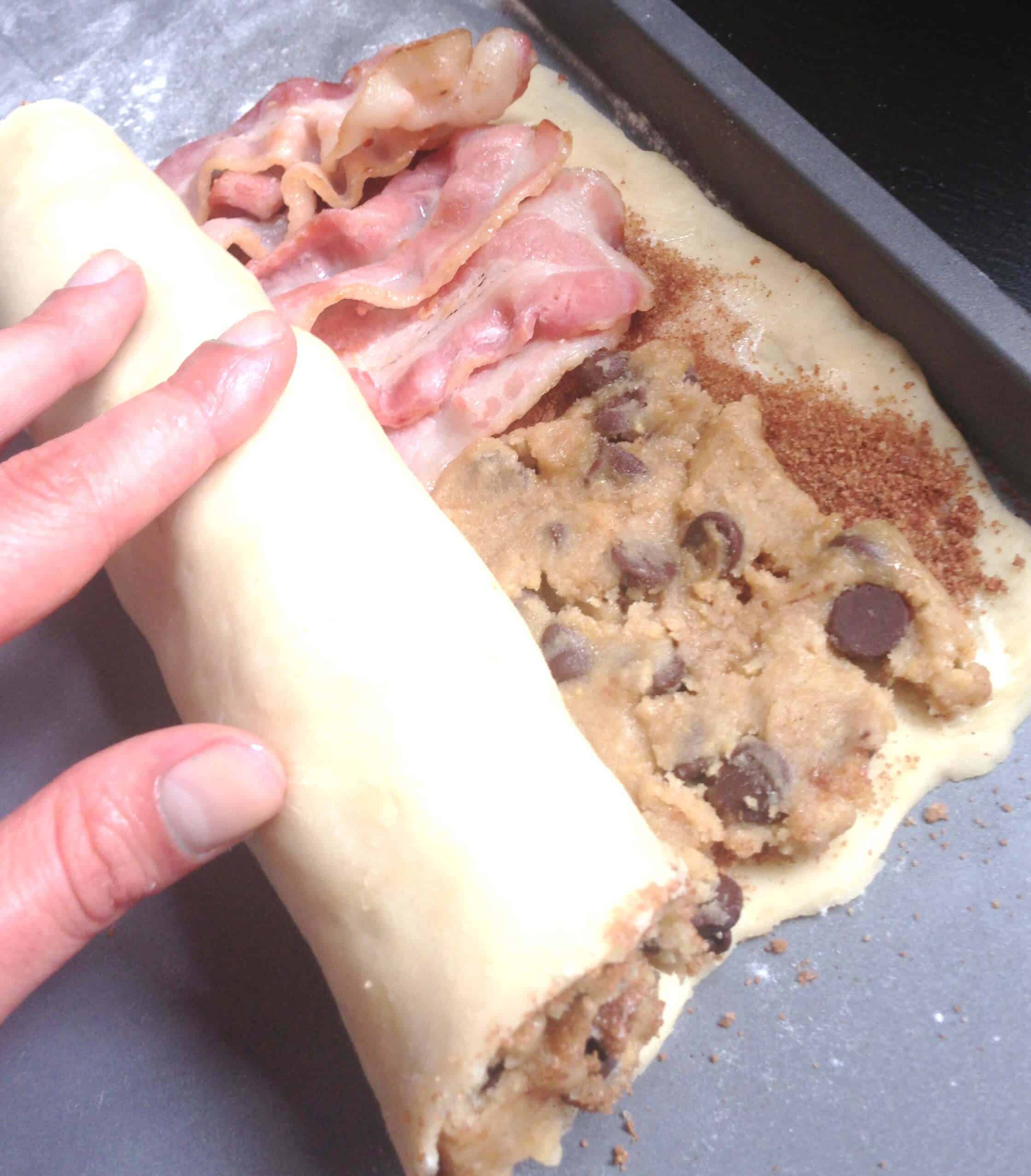 I rolled the dough up into a tight log, finishing with the plain dough on the bottom to seal the log together. I scored the log every 2 inches and then sliced the rolls using those marks. Make sure to use a sharp knife. I put the rolls into a pan lined with greased parchment paper, leaving about an inch between each roll. I let the cut rolls rise for another hour, until they  had risen almost double. I made the frosting while the rolls were rising, and whipped the cream cheese and butter together. Next I stirred in the vanilla, corn syrup and lemon juice, and then mixed in the powdered sugar. 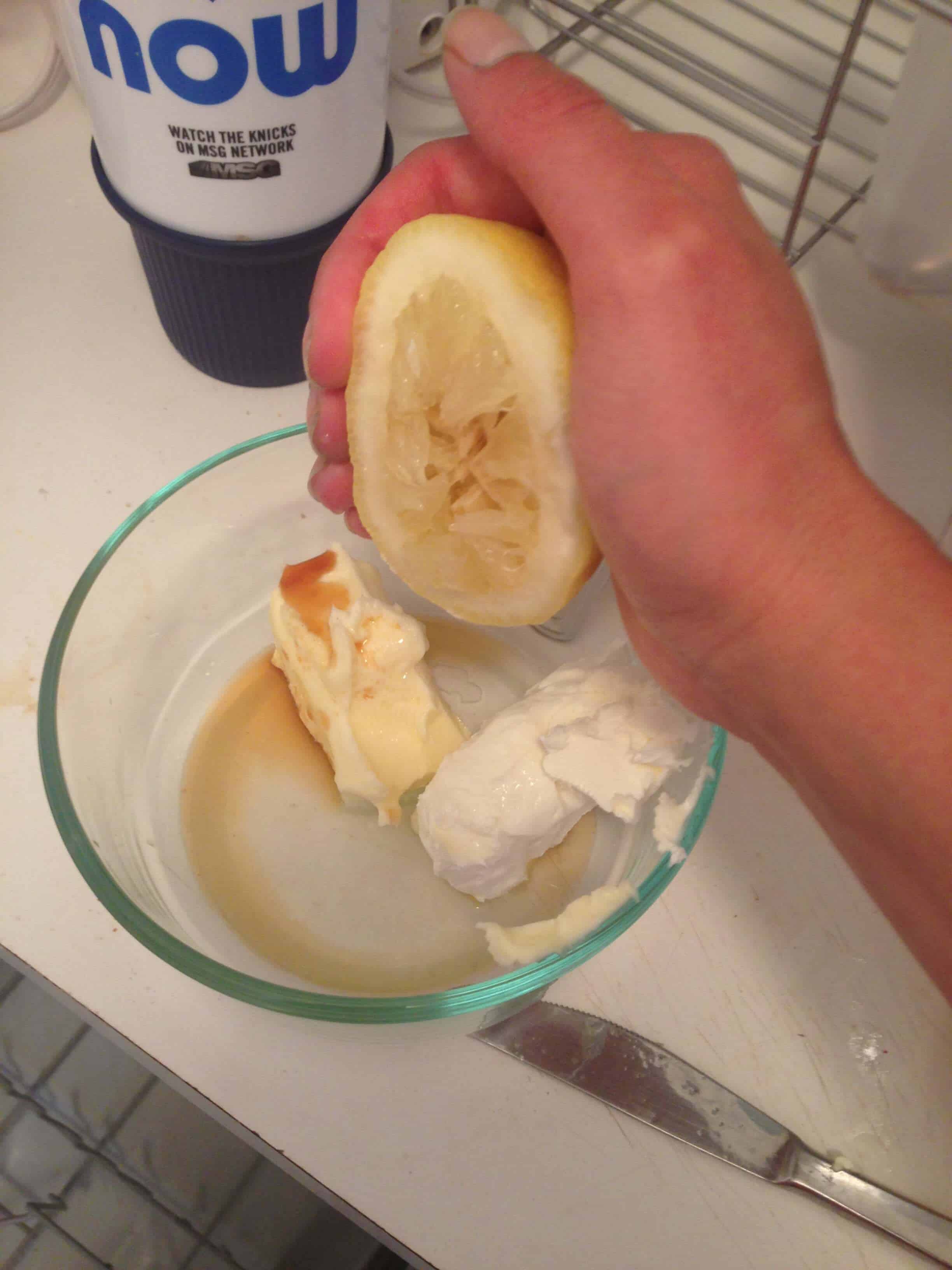 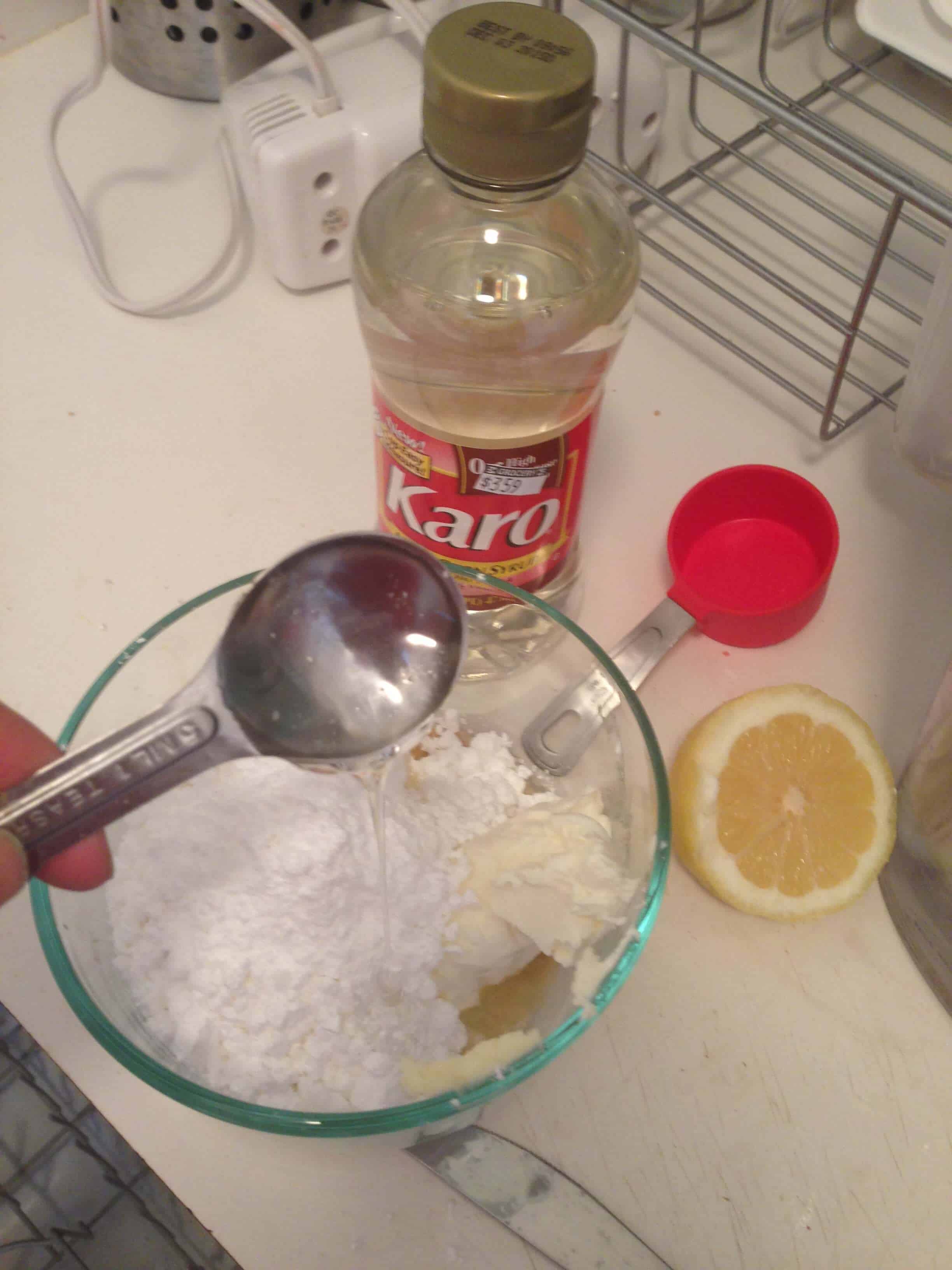 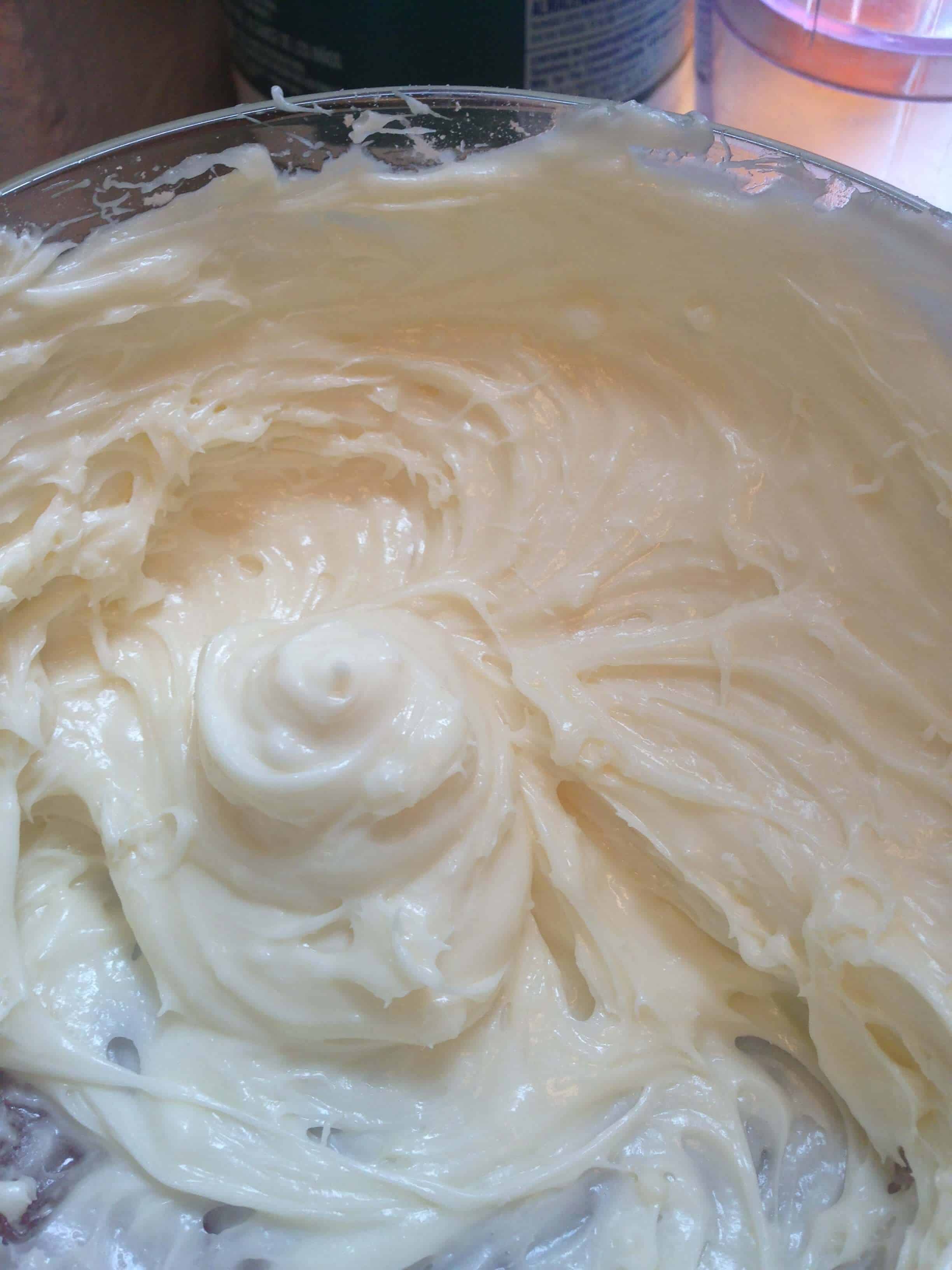 The cinnamon rolls took about 30 minutes at 350 degrees to start to brown, and I frosted them immediately once they came out of the oven. 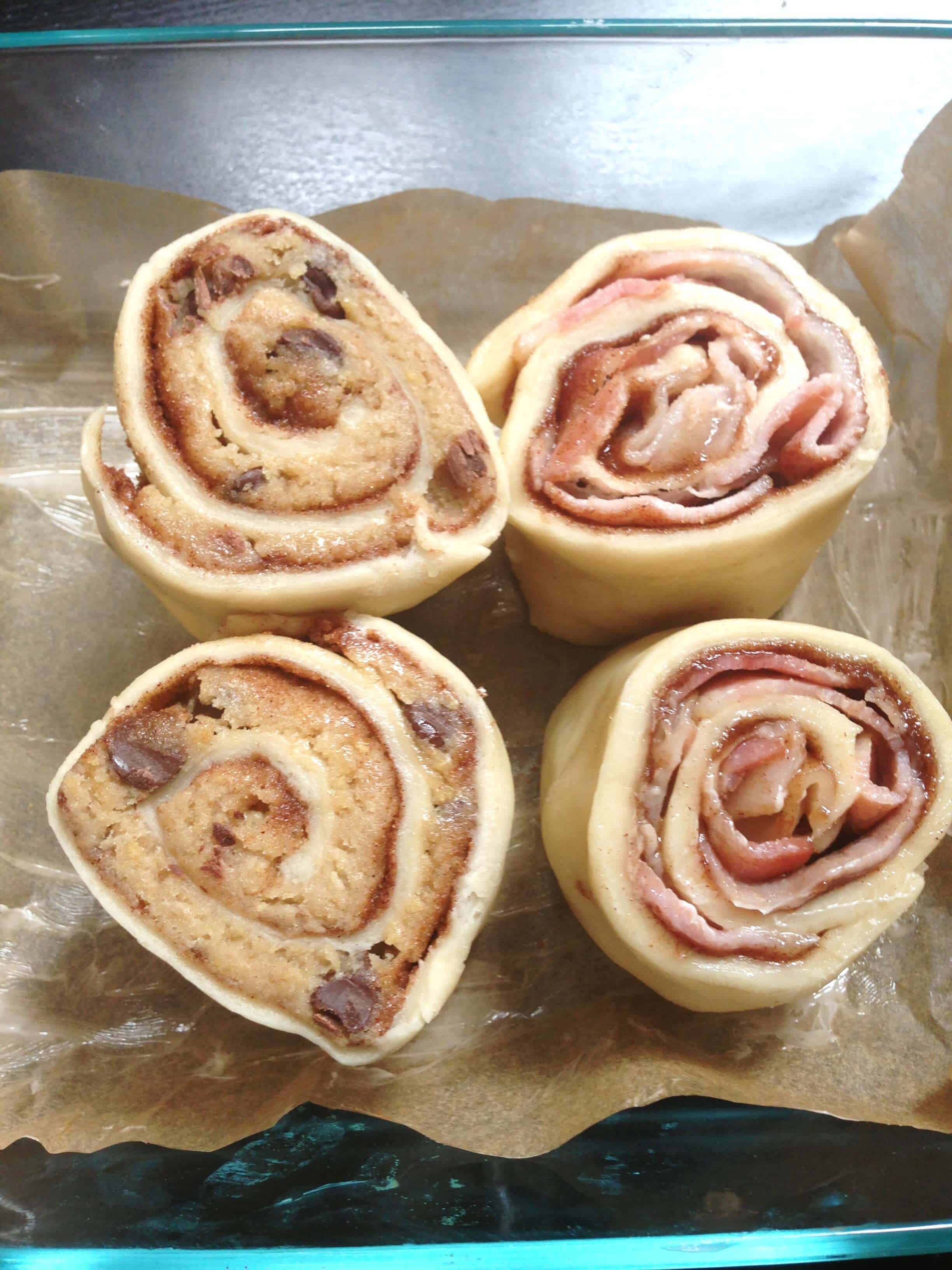 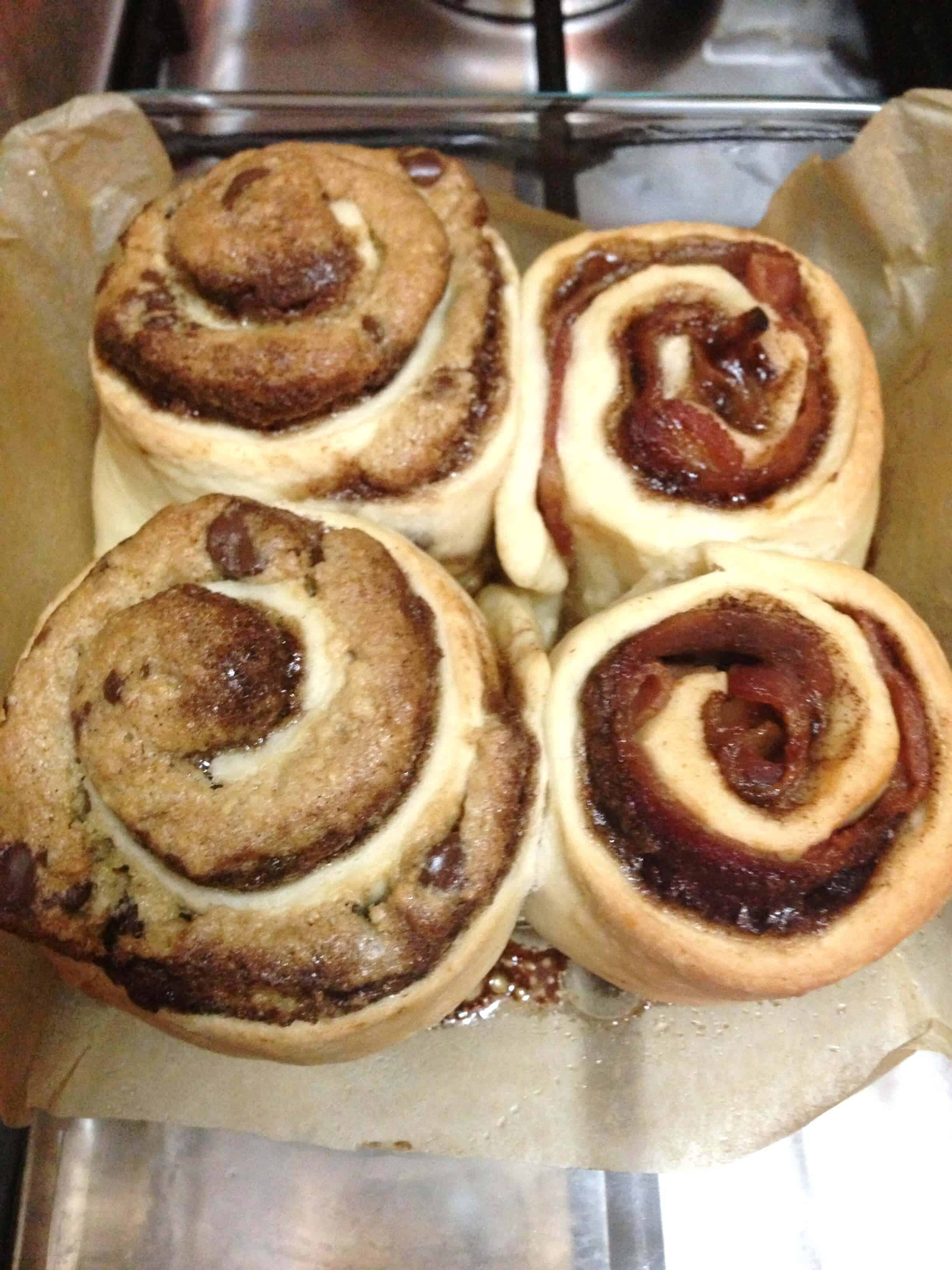 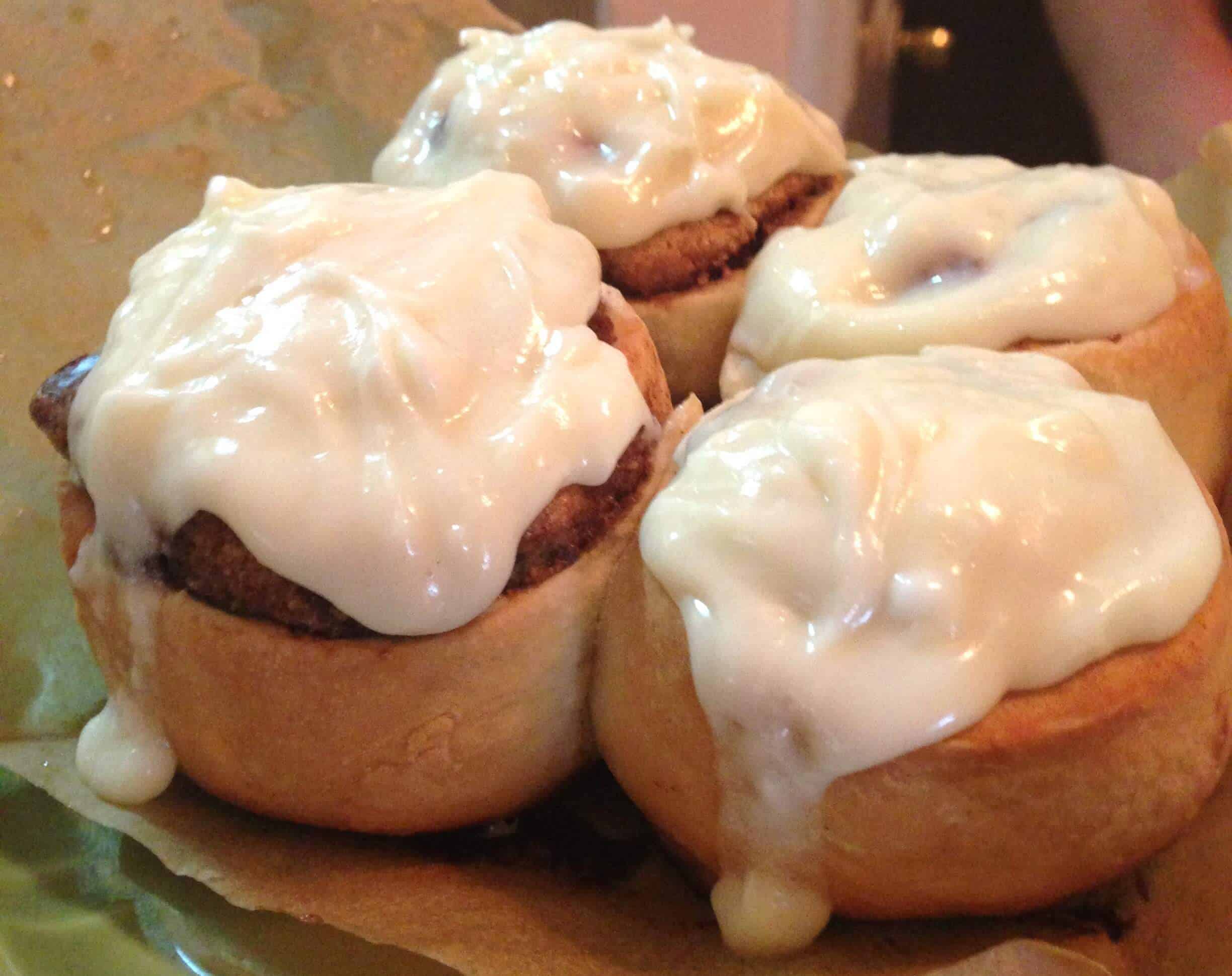 As good as the cookie dough cinnamon rolls were, the star of the show was the bacon cinnamon rolls. In my mind, nothing beats a salty sweet combination. 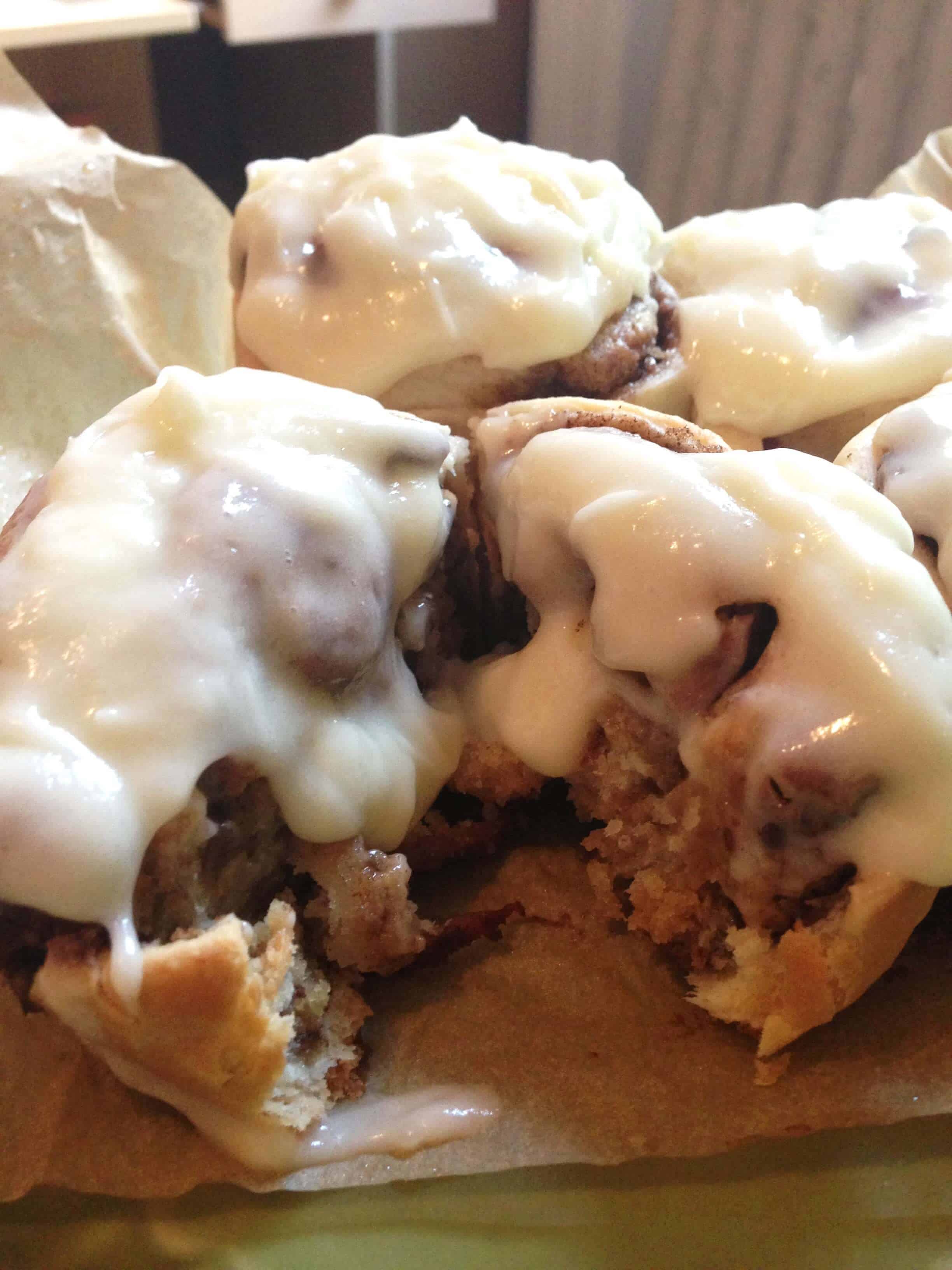 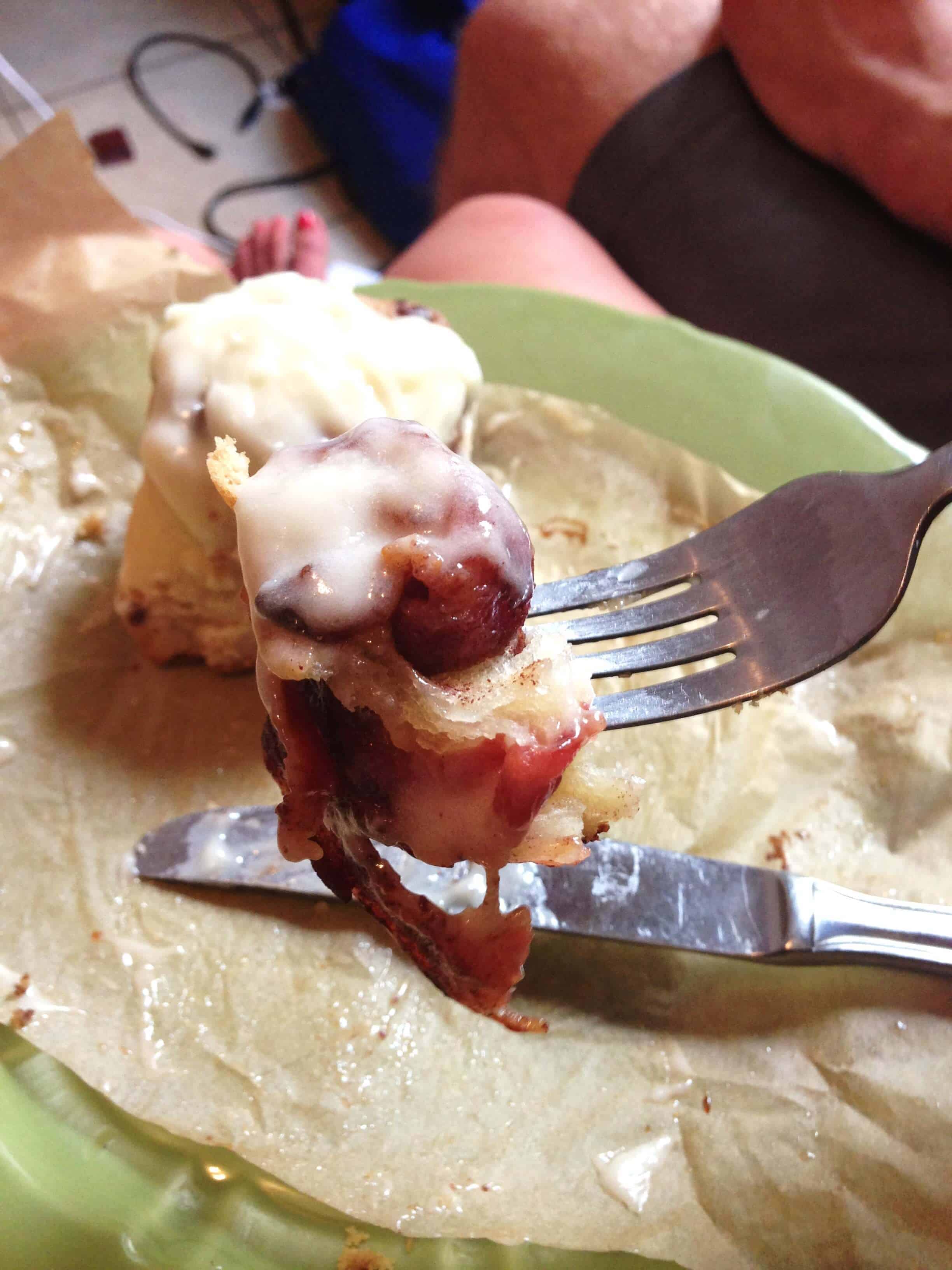