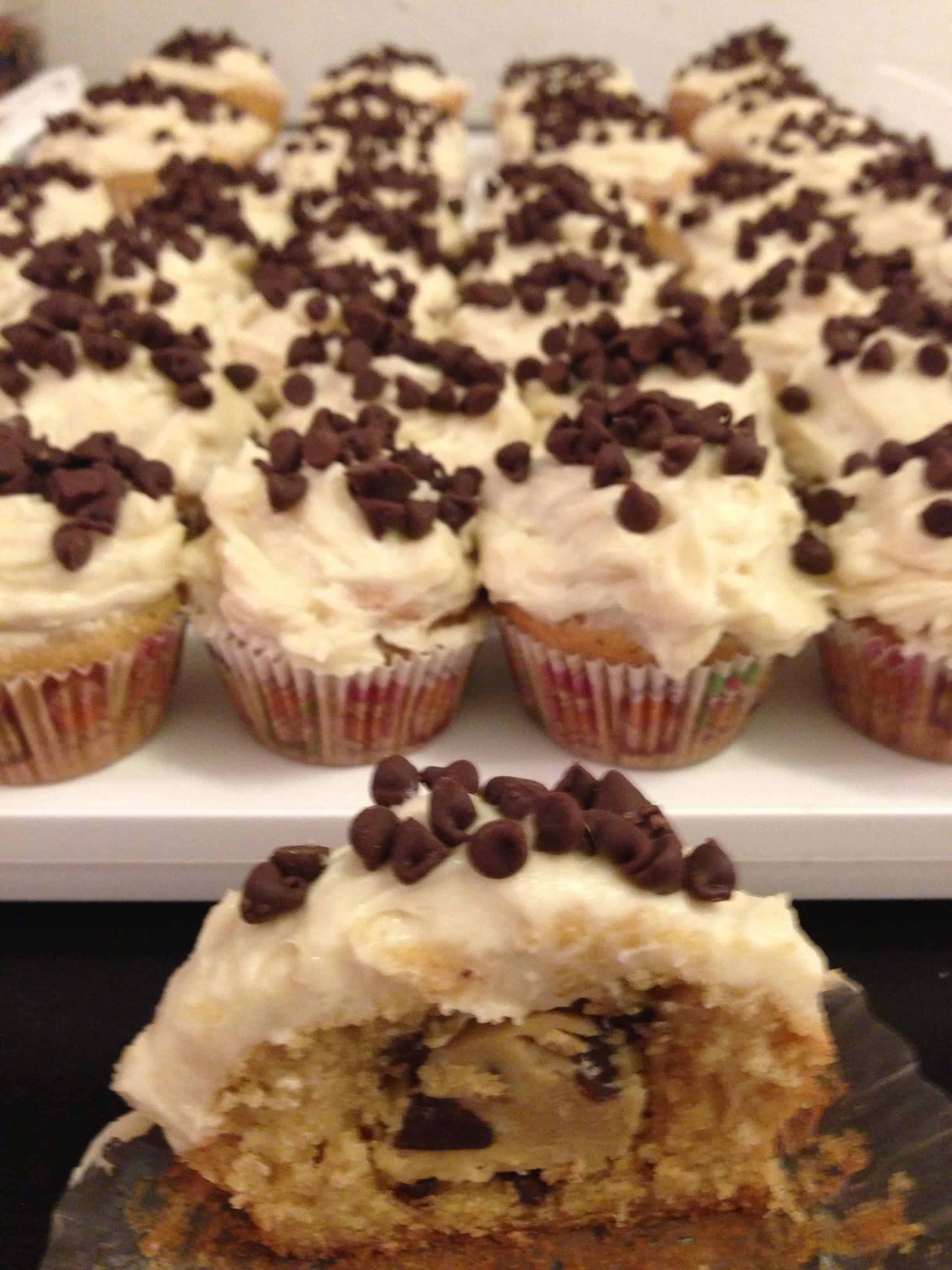 Yes, I KNOW I just made chocolate chip cookies this weekend…but anyone who knows me is aware of the fact that I love to overdo things. So why not make chocolate chip cookie dough cupcakes?? The concept is genius. There are three components to this recipe: the cupcake batter, the cookie dough, and the frosting. Considering I’m tackling this recipe on a work night, I opted to make my life a little easier by using store-bought cookie dough. This goes against my morals (homemade is always better than store bought), but I have solid reasoning to support my decision. The cookie dough needs to be FROZEN to ensure it keeps its texture and consistency while the cupcake bakes around it… and since I started this recipe at 9pm, there was no way I could magically create frozen cookie dough.

Sooooo I bought chilled cookie dough and shoved it in my freezer while I prepped the batter. Logistically, this was the only way I could follow the recipe instructions. My modified ingredients included the following: 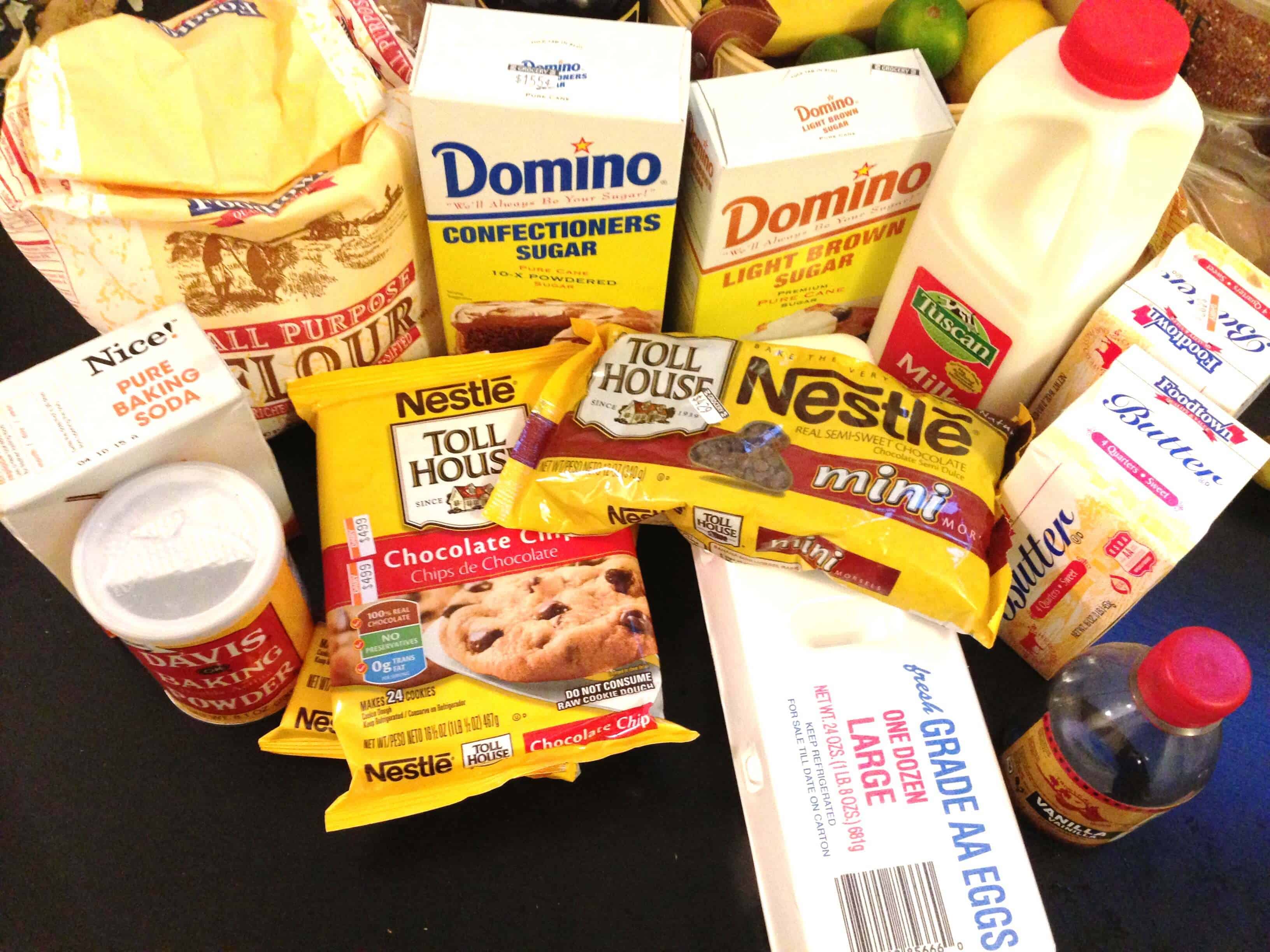 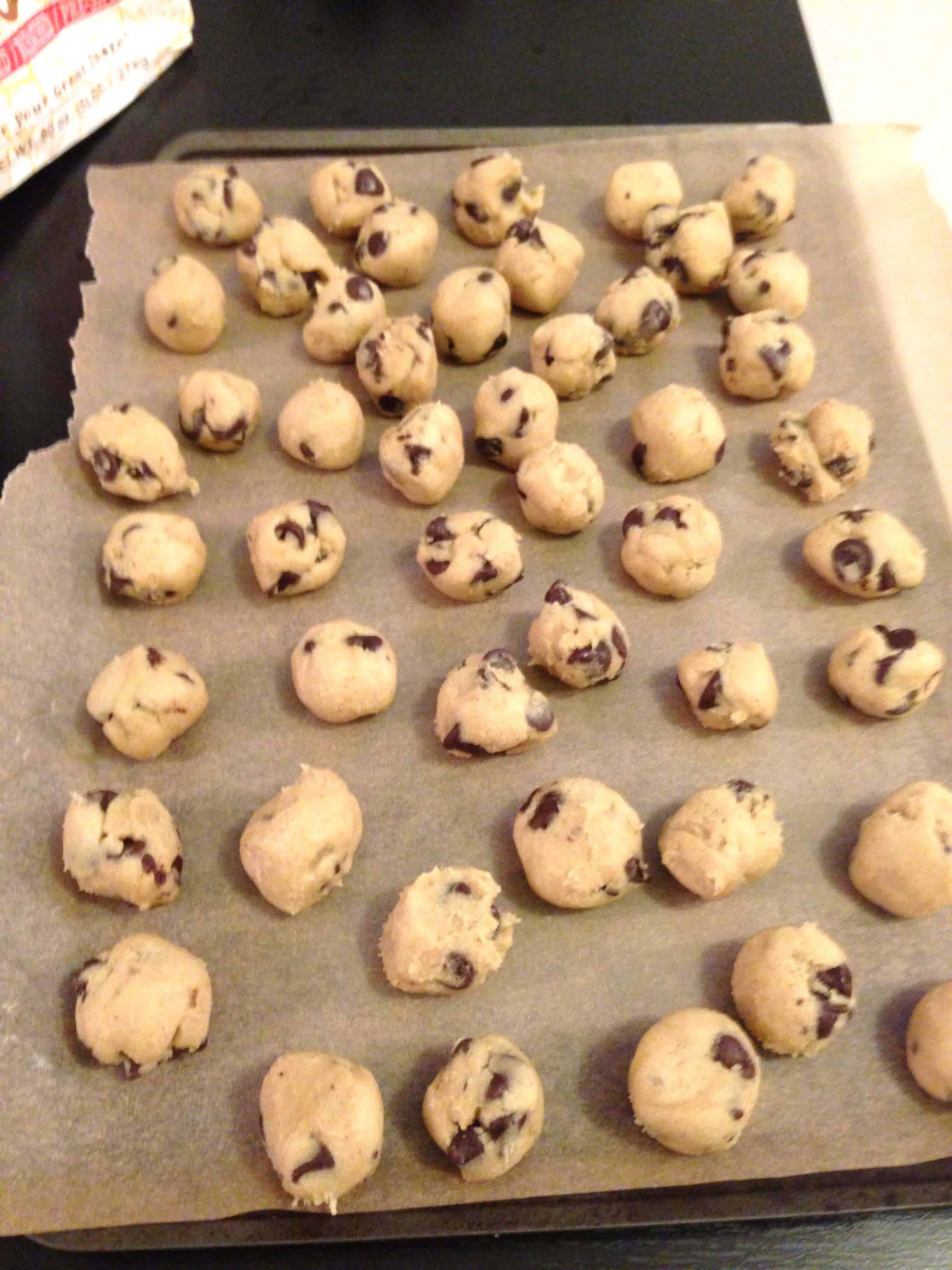 To make the cupcakes, I preheated the oven to 350° F.  I then lined two cupcake pans with paper liners (one for regular sized cupcakes, one for mini cupcakes).  In a large bowl I combined the butter and brown sugar, beating them together on medium-high speed until it the mixture was light and fluffy.  I then mixed in the eggs one at a time, beating well after each addition and scraping down the sides of the bowl as needed.

After that, I stirred the flour, baking powder, baking soda, and salt together in a medium bowl.  I slowly added the dry ingredients to the wet mixture and mixed them at a low speed. I alternated with the milk, beginning and ending with the dry ingredients. I mixed the batter after each addition just until everything was incorporated.  The last step was to mix in the vanilla. 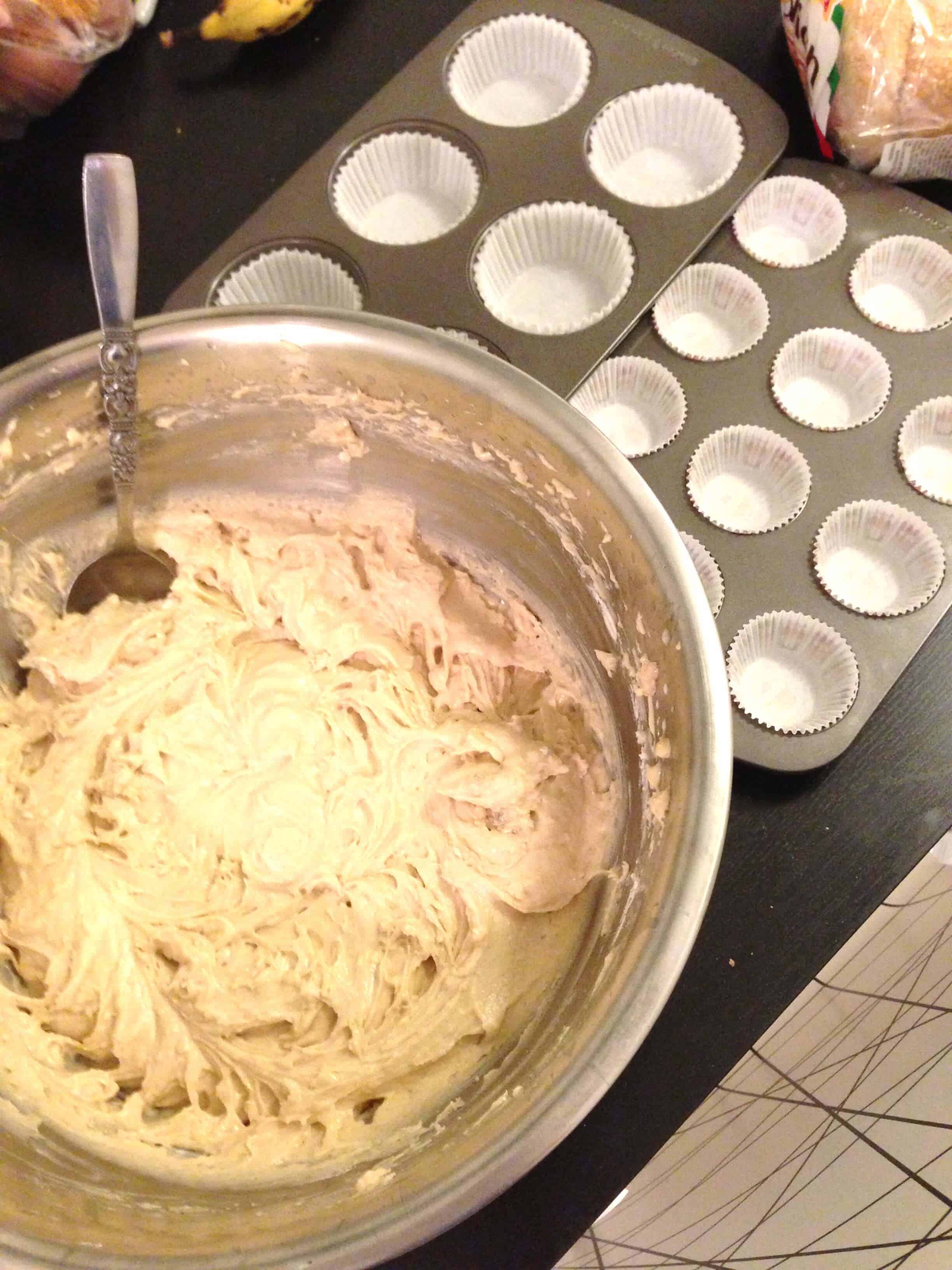 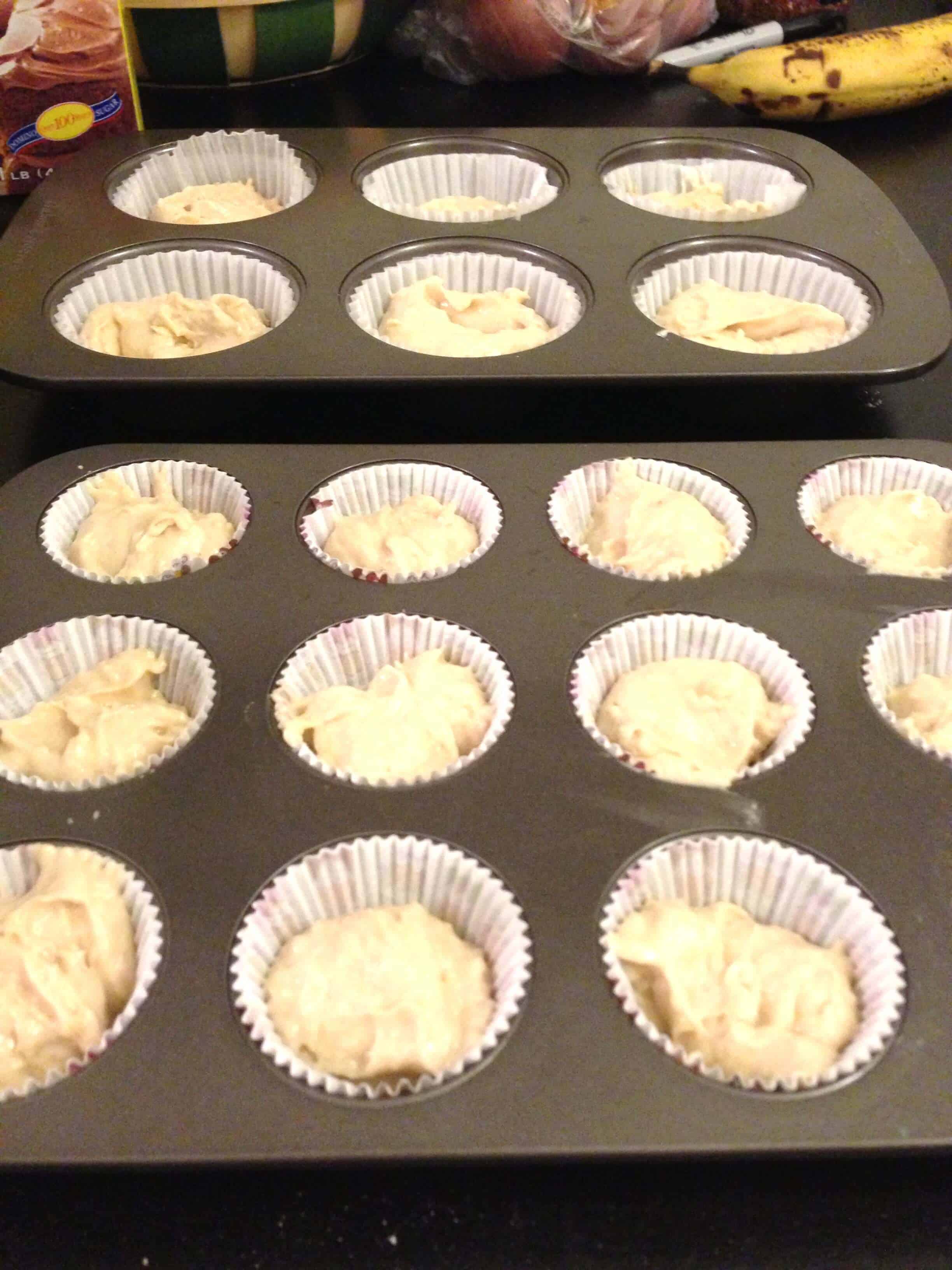 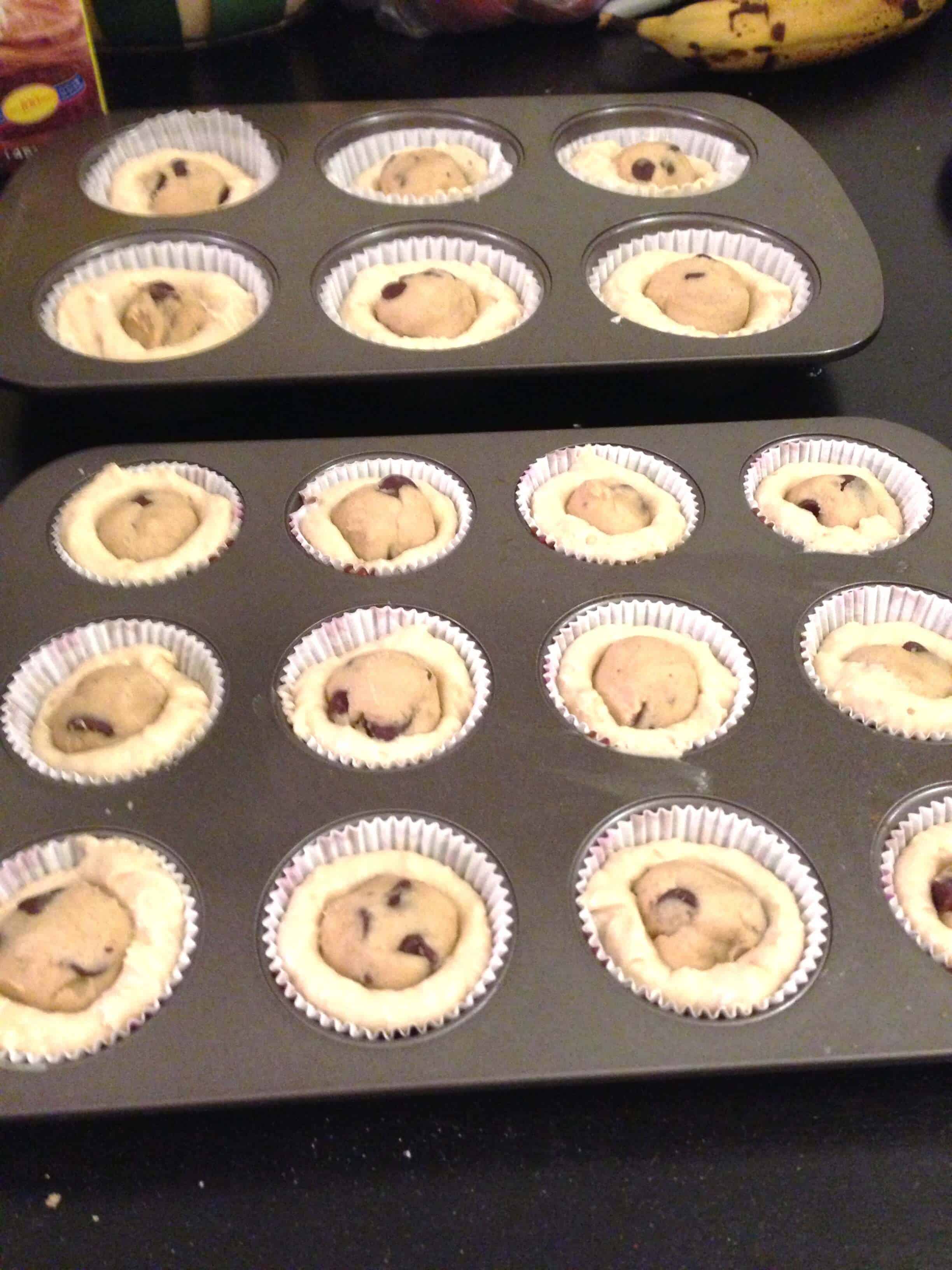 Using two spoons, I filled the prepared cupcake liners 1/2 full with the cupcake batter. I then pushed a frozen cookie dough ball into the center of each cupcake. I let the cupcakes bake for about 15-18 minutes; the mini cupcakes obviously baked a little quicker than the regular sized ones. I then removed the cupcakes from the pans and let them completely cool on a wire rack before frosting them. I have a tiny oven, so I made about 4 batches (my cupcake pans are half sized).

I made the frosting while the cupcakes were baking, and began by combining the butter and brown sugar in a mixing bowl and creaming them together on medium-high speed until they were light and fluffy. I then beat in the powdered sugar until it was smooth., and added the salt, milk, and vanilla and mixed  until everything was incorporated. 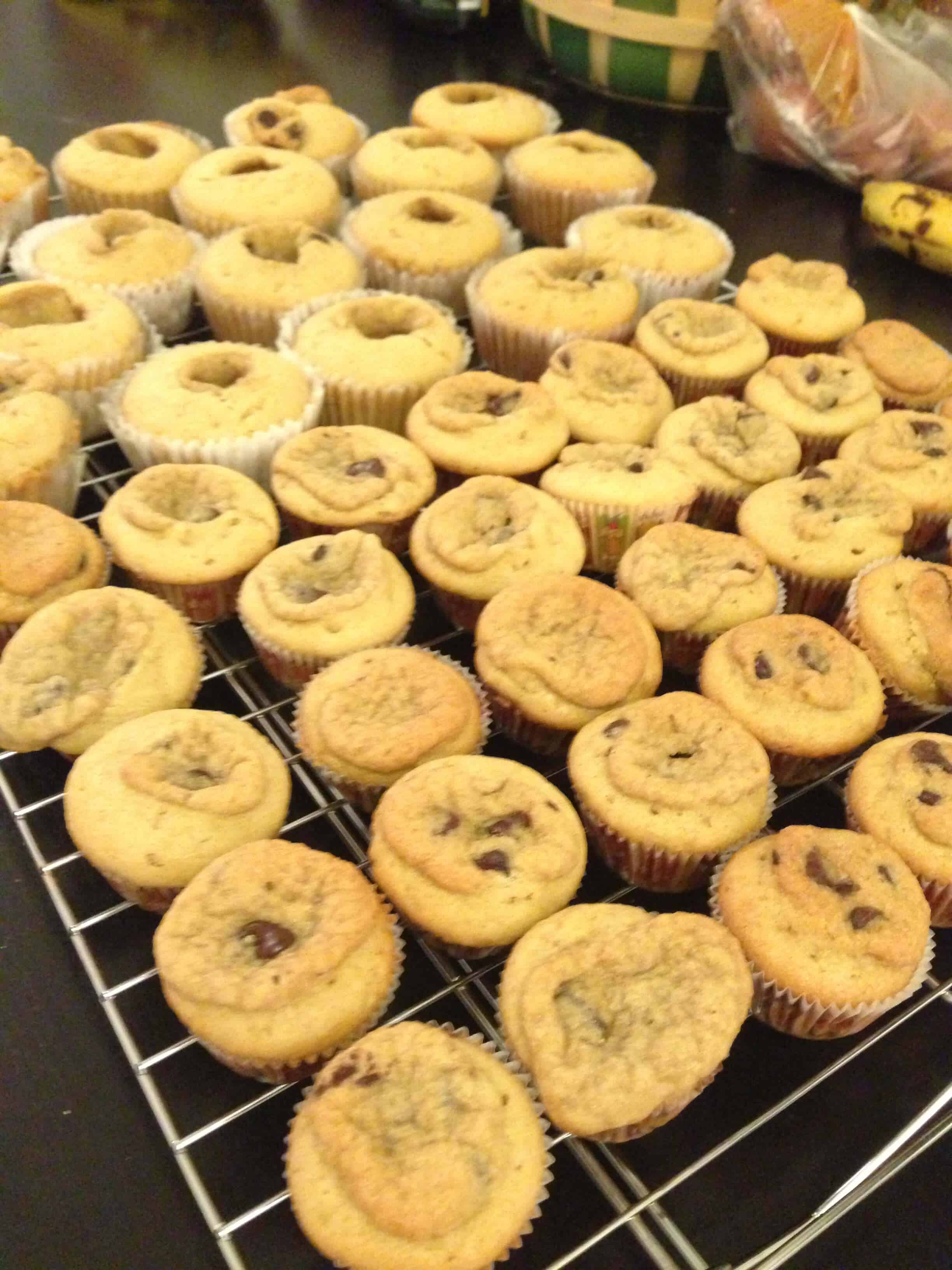 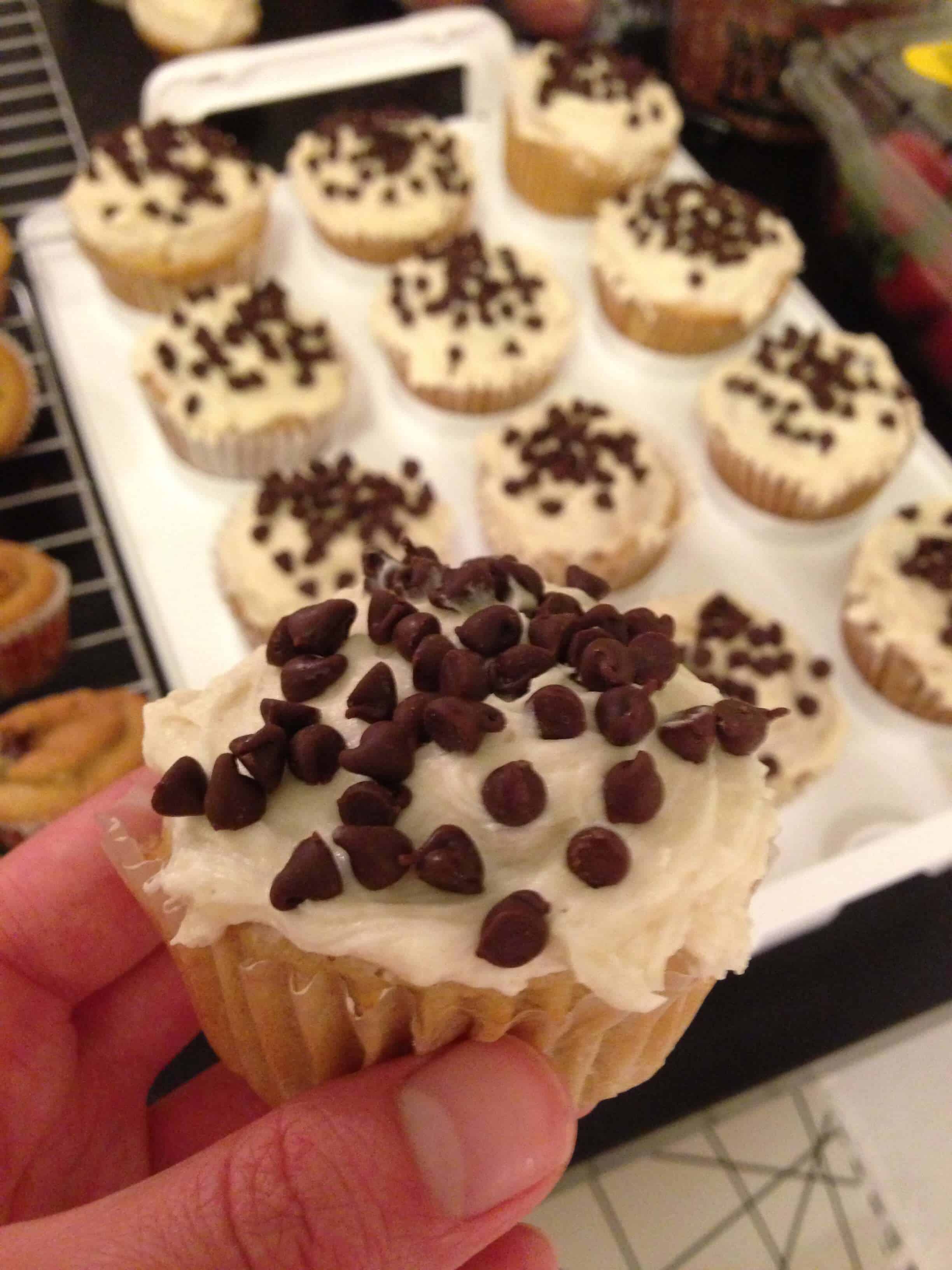 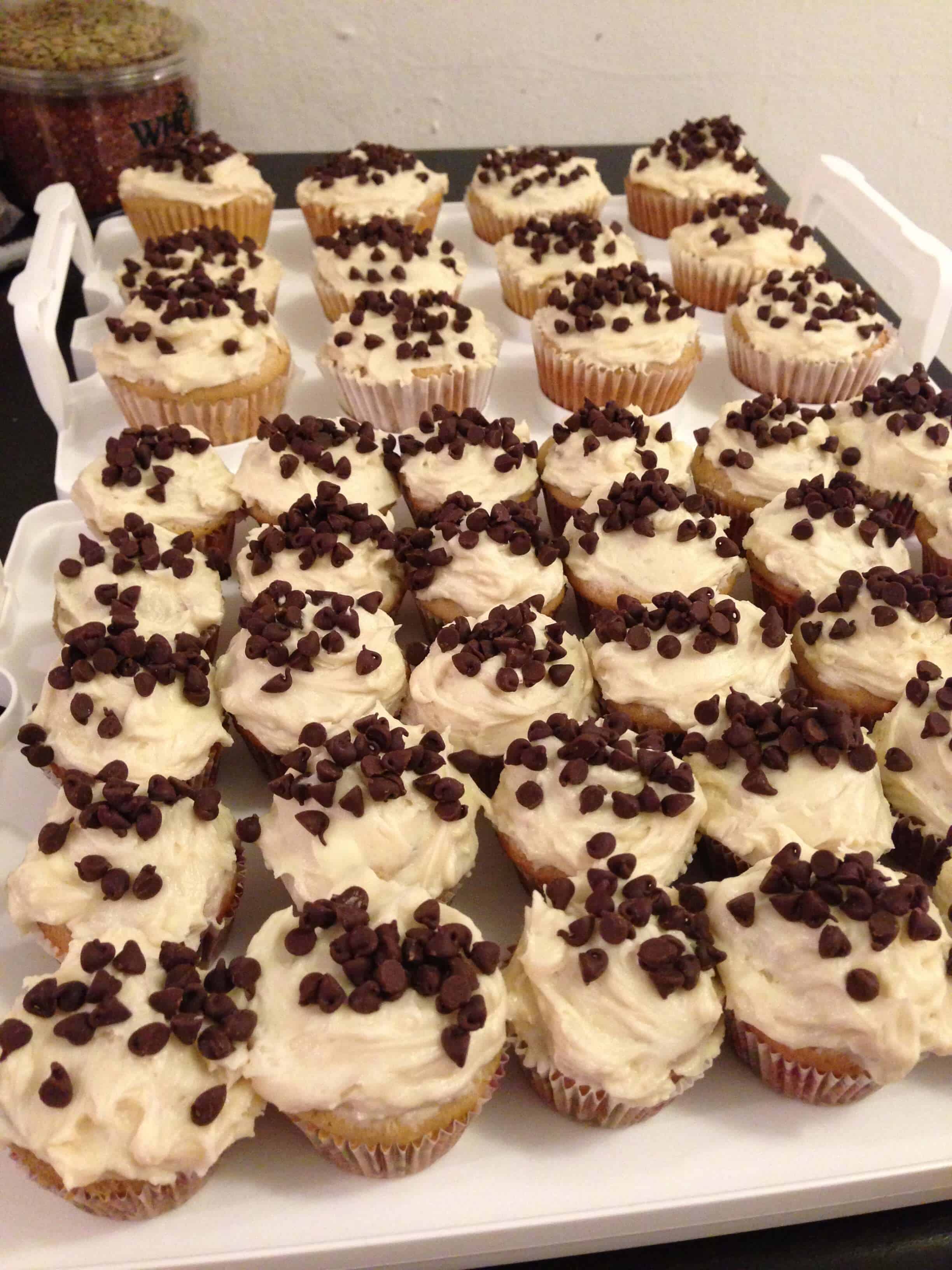 When the cupcakes were all the way cool, I frosted them and sprinkled them with mini chocolate chips! This yielded about 18 regular sized cupcakes and 36 mini cupcakes…Yes they all took forever to frost. But they tasted SO GOOD, it was definitely worth it 😀